Lawyers for the state of Utah believe they have the perfect case for the U.S. Supreme Court to decide once and for all the hotly-contested legal rights issue of whether states can ban gay marriage.

But so do lawyers in Virginia and Oklahoma, setting the scene for the high court to take the crucial first step as soon as Sept. 30 on which gay marriage case or cases the nine justices will hear during their next term starting on Oct. 6. 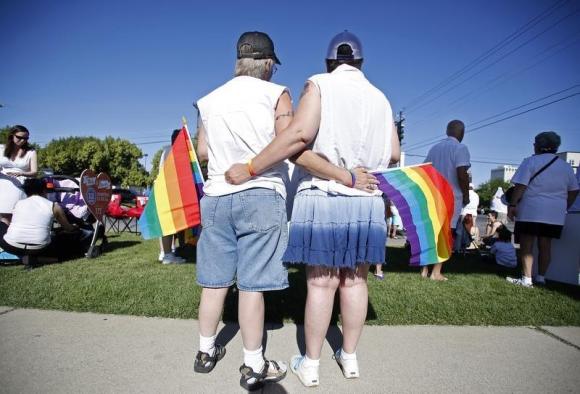 The court’s choice of a case or cases could affect when, if ever, gay men and lesbians in the 31 states that now bar them from marrying could get marriage licenses. The case selection will also do much to decide the scope of any ruling, including if the court is to decide definitively whether gay men and lesbians have a constitutional right to marry.

While lawyers have made preliminary claims for and against gay marriage in their filings, and also presented arguments about why their particular case might be best for the justices to hear, both sides agree that the Supreme Court needs to end the legal uncertainty without further delay.

I think I just threw up in my mouth a little…