Hillary Clinton wants police to participate in more anti-bias training as a strategy to better relations between the inner city community and law enforcement.

According to a questionnaire Clinton submitted to the International Association of Chiefs of Police, Hillary describes doubling funding of the “Collaborative Reform” program. The program includes assessments of police departments across the country, which analyzes if a police department is involved in “biased policing.”

Clinton says in her argument, “I believe it’s important to acknowledge that implicit bias still exists across society—and that even our best policing institutions are not immune from this challenge we all face.” She added, “I will commit $1 billion in my first budget to find and fund the best training programs on implicit bias engaging both law enforcement and community members, as well as support new research in this area.” 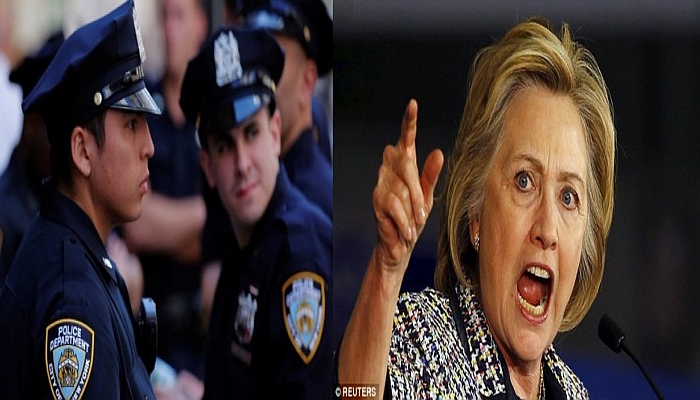 “Unconstitutional policing not only violates the rights of Americans, but it also undermines credibility of the justice system and the good work police officers are doing across the nation,” Clinton said. “That’s why I support legislation to end racial profiling and believe we should work together to develop national guidelines on the use of force to make it clear when deadly force is warranted and when it isn’t.”

“They are seeking advantage from some of the communities they are talking to, which are the minority communities. They are seeking the advantage and As I’ve said before, they are mining, panning, for every last available vote in those communities and ,in part, you get that not by approval or that vote by pointing your finger at the cops. That’s easy. But I think it’s also ignorant of the realities the police face,” Ron Hosko, Law Enforcement Legal Defense Fund president and former Assistant Director of the Federal Bureau of Investigation, told The Daily Caller Monday.

Hosko said that while police officers support community programs that enable cops to engage with the neighborhood they patrol via basketball games and other friendly activities, ultimately, those who get involved with these programs are never the individuals who cause problems for the community at large.

“In some of these places where all kinds of other governmental policies and programs have failed, who do we have left? We have the cops. Let the cops figure it out. A segment of these neighborhoods [in Baltimore] are just begging for more police to come break up the gatherings under the street lamp at 2 in the morning,” Hosko said, noting that it is “that marginal policing that [FBI director] Jim Comey was has been talking about for over a year now, where those good citizens fear walking out of their house with their grocery basket getting robbed of those groceries as they make their way back to their house. Who is taking care of them?”

Chuck Canterbury, President of the Fraternal Order of Police agreed, telling TheDC that the only form of government many at risk communities ever see are the cops who patrol their neighborhoods.

“All politicians across the board have been ignoring abject poverty, unemployment among minorities, job training…police are being lashed out at. I think we are the only visible part of government that people who feel disenfranchised see,” Canterbury said. “I think politicians and government officials when they come into these situations, law enforcement is the only side of government that they see. And they consistently have failed to deal with the systemic problems to society. They’re starting to use us to do things we are not designed to do.”