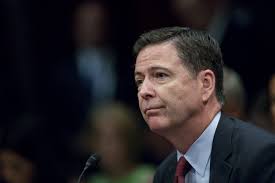 For those of you who may not know what a Diaspora is, it’s when the population of a region becomes dispersed throughout the world.  Specifically, Comey is talking about is the dispersal of ISIS once they are defeated.  The real problem is that they are already dispersing through refugee programs in Europe and the United States.  That’s the warning that FBI Director James Comey gave to the Senate Committee on Homeland Security and Governmental Affairs .

“There will be a terrorist diaspora sometime in the next two to five years like we’ve never seen before.”

Although there have been successes against ISIS in Iraq and Syria, they have still been able to inspire terrorism throughout Europe and the United States.  Three of them in the United States just last week.  The bomber in New York and the terrorist shooting at the Cascade Mall in Burlington, California.  and the Crossroads Mall stabbings in St Cloud, Minnesota.

Johnson warned the committee that the intricately planned and directed terrorist attacks like those of 9/11, are no longer the terrorist modus operandi. Instead, terrorist groups have moved “to a world that also includes the threat of terrorist-inspired attacks” by people in the U.S. who are “self-radicalized.”

Speaking at the Intelligence and National Security Summit in Washington, D.C., Sept. 7, Rasmussen warned that the job of a terrorist is “getting easier” and more localized. He suggested countering localized terrorism will require “doing more to undermine the narrative” that group’s like ISIS promote.

“In all, Islamic extremist terrorists have killed 63 people on U.S. soil since our committee last held its annual hearing to consider threats to the homeland,” said committee chairman Sen. Ron Johnson in his prepared statement, noting “we have made little progress” under the Obama administration’s current ISIS policy.