Almost every proud American has heard and praised Lee Greenwood’s “GodBless the USA.” The tune is perfect for those looking to sing about God and the country, and has become a favorite conservative or mainstream pick.

The song graced The Voice’s stage for the first time when a contestant on Team Blake, Gyth Rigdon, chose to sing it on the top-eight show. The song had previously been performed on American Idol Season 7 when contestant Kristy Lee Cook sang it to save herself from elimination.

On The Voice, Blake thought that the song was perfect for the moment and perfect for Gyth, who is highly patriotic. Known as the most popular coach, and for getting five contestants to the top eight, it was clear that Blake knew what he was doing.

However, his fellow coaches, John Legend and Kelly Clarkson, were more critical about Gyth’s performance, and their comments sparked some backlash on Twitter. John Legend joked about singing the song on the day they would perform Beatles’ songs in the duets for the first time in The Voice, calling it a British Invasion. 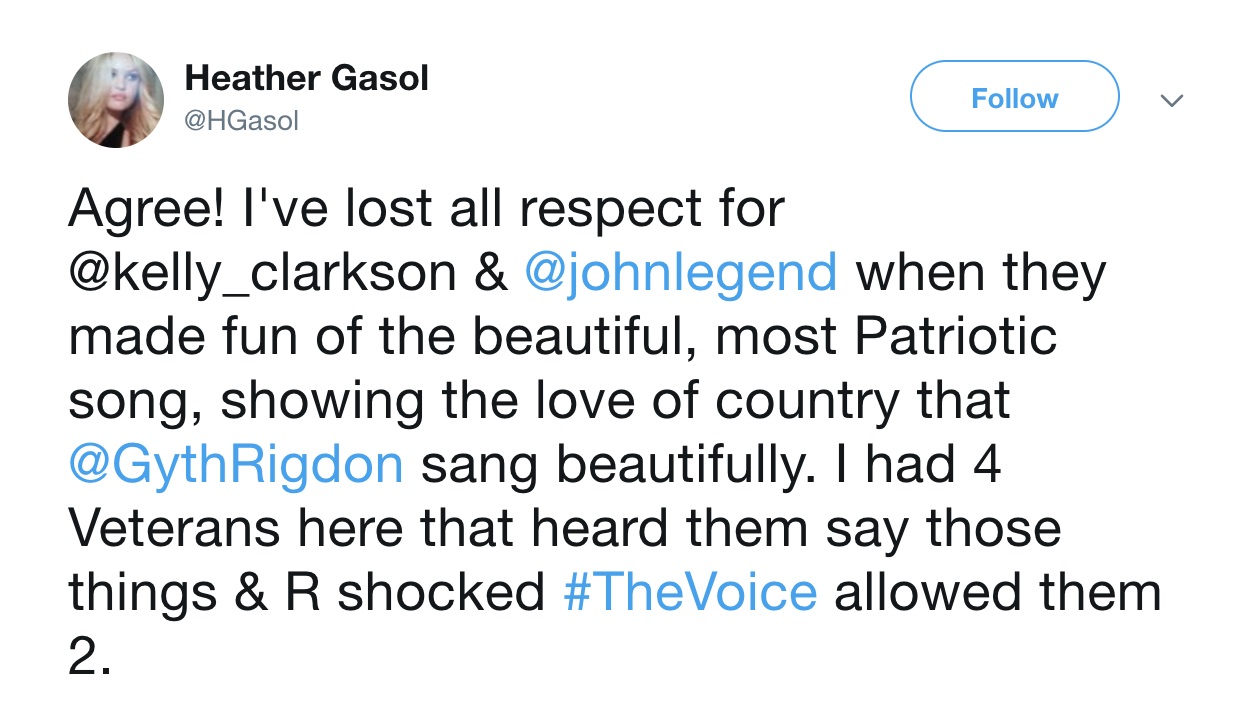 Kelly Clarkson joked that the song couldn’t be critiqued as doing so might get in you in hell. These remarks by the two coaches prompted backlash from Twitter users, with some calling them un-American.

One tweet called them “the two haters,” and another user stated that he was sorry John hated America so much that he couldn’t recognize Gyth’s talent. Another Twitter user stated that they had lost all the respect they had for John and Kelly for making fun of the most patriotic song, and that some veterans were shocked that their comments were aired on The Voice.