A St. Louis judge has granted an extension to the grand jury that has been tasked with deciding whether to charge a Ferguson police officer in the fatal shooting of teenager Michael Brown. The jury now has until January 7 to decide on an indictment. 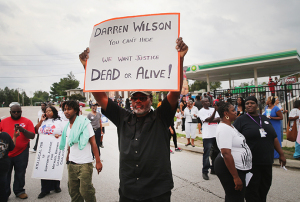 The grand jury is to decide whether to charge Ferguson police officer Darren Wilson in the death of Michael Brown, a black teenager who was unarmed at the time of the shooting.

Officer Wilson can give testimony to the grand jury, but he does not have to, according to The New York Times.

Michael Brown was shot to death by police on August 9, after an alleged confrontation. The autopsy report showed he was shot at least six times from the front, according to the medical examiner.

There are conflicting eyewitness reports from residents and police, but several witness have described Brown holding up his arms in surrender. That detail developed into the chant “Hands Up, Don’t Shoot” during several weeks of ongoing protests that followed the incident.