Washington Redskin DeSean Jackson raised his fist in the black salute during the National Anthem last week and this week he is taking it much much further.  Jackson took the time to explain his disrespect:

“We feel like there’s a lot going on out there in our country now, and we feel like we have an opportunity to be seen and be heard, so we just want to support our people in a time of crisis like this, where you have a lot of tragic situations, a lot of people losing their family members due to these senseless killings by police officers.

We just want to make a stand, and I think putting our fists up to support our culture is something important. We feel like something dramatic needs to happen in this society, in our country now with all the things going on, the conversation.

Hopefully us as professional athletes can maybe come together and stick together and just show we support it, and we feel pretty strongly about people losing their loved ones.”

He decided to take it a giant step forward and he hired someone to customize his shoes: 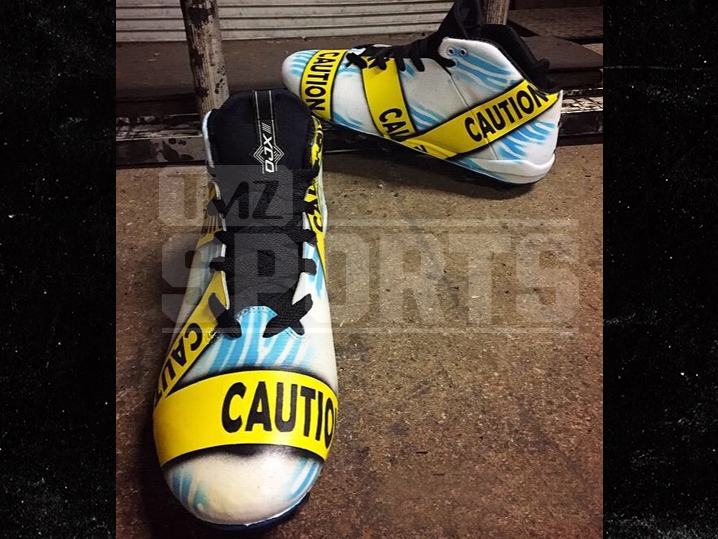 “I’ve seen enough yellow caution tape and it’s time for a stand and a change in our community and society.

Senseless killings have been ongoing for awhile and police brutality in our black community … and as a young black leader with a stage and platform I’m starting awareness to help prevent these killings, and hopefully get justice to these cops who have taken lives of innocent human beings.

I am also coming up with a master plan to start a movement.”

I would boycott this asshole but I don’t watch NFL football anymore.