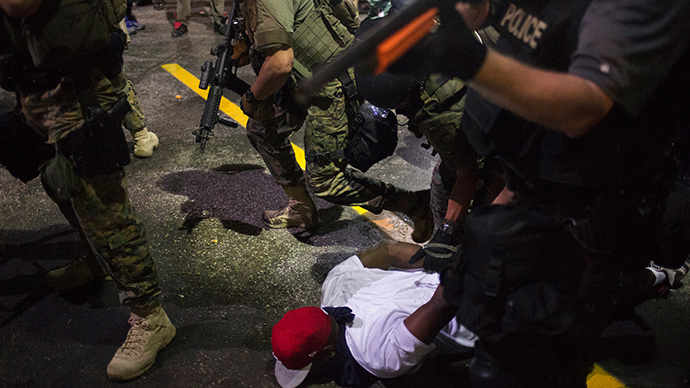 A suburban St. Louis police officer has been suspended indefinitely for threatening to kill protesters and journalists in Ferguson, Missouri while he pointed a rifle in the crowd’s direction during a demonstration this week.

Lt. Ray Albers, 46, a 20-year police veteran, was caught on film by livestreamers yelling at protesters and journalists, “I will fucking kill you, get back, get back,” with his rifle aimed on them, urging the crowd to disperse from the area. The incident occurred late Tuesday night amid civil unrest over the killing of unarmed black teenager Michael Brown by white Ferguson police officer Darren Wilson.