In what turns out to be either very ironic or very planned, Donna Brazile, who took the reins from Debbie Wasserman Schultz after it was discovered that she was working for Hillary and against Bernie, turns out to be the leaker who passed Bernie’s secret information to Hillary Clinton.  We will soon find out the answer to the question of whether it is ironic or intentional by seeing if Brazile resigns or gets fired.  If not, Bernie has been raped by Clinton and the DNC again. 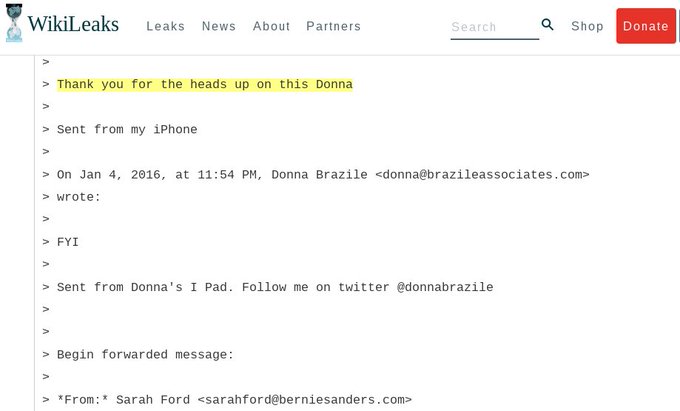 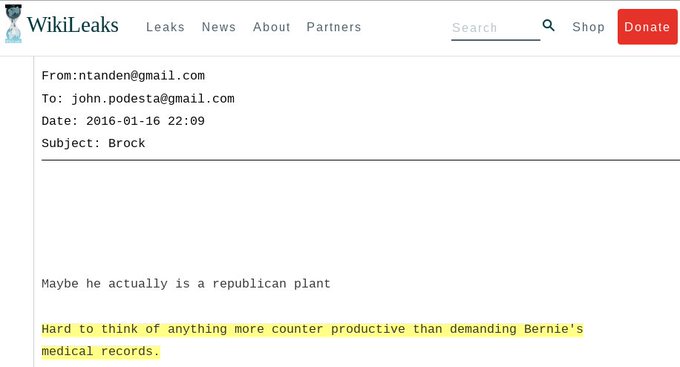 The second batch of emails include more evidence of collusion between the mainstream media and Clinton Campaign.