Will Smith formerly of the Fresh Prince of Bel Air and quite a few movies has finally taken the leap…literally.  Ever since the movie “The Bucket List” came out, people have taken steps to do things they would want to do before they die.  Will Smith took care of one of his wishes recently when he was on the border of Zambia and Zimbabwe.

That is the site of one of the highest falls in the world.  Well above the water is a bridge.  Will Smith dove off that bridge.  He did however have a bungee cord attached at his ankles first.  He took his Go Pro camera with him and recorded the dive from his own vantage point.

The action star filmed the entire experience as he jumped off one of the Seven Natural Wonders of the World.

‘This is crazy,’ the Collateral Beauty star yelled out.

‘Bungee jump Victoria Falls. I’ve been wanting to do this for almost like 20 years,’ he said as he is hung upside down after the jump.

He concluded the video by saying: ‘That was fantastic.’

Meanwhile, Smith will reprise his role as Mike Lowrey in Bad Boys for Life, even though fans will have to wait a little longer than they thought.

They lost their director Joe Carnahan due to scheduling conflicts.

The film was due for an August release date but now it will be November 8 2018. 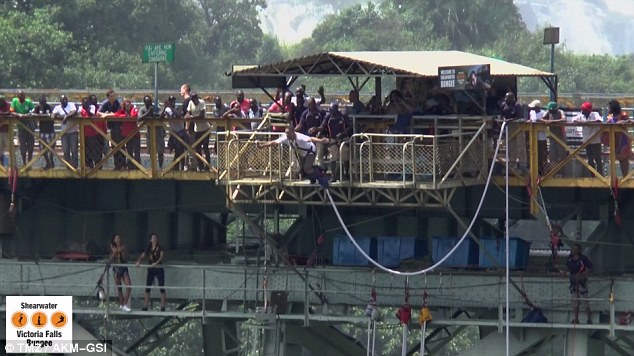 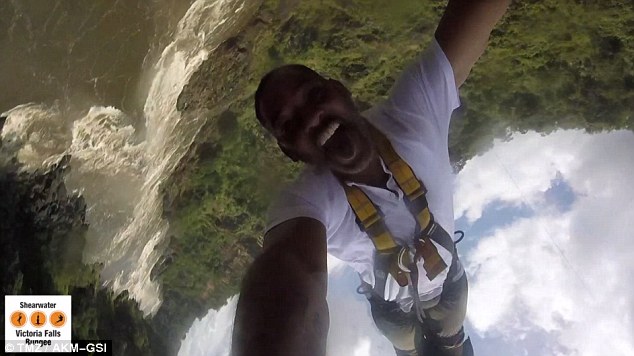 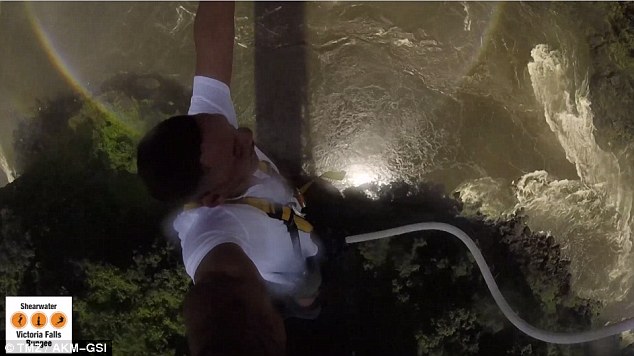