The Clarion Project’s Ryan Mauro has issued a report on the 22 terrorist camps set up within our borders controlled by  Sheikh Gilani who has ties to Al Qaeda and the Muslim Brotherhood.  His group,  Muslims of America, formerly known as Jumaat al-Fuqra, which was founded in Pakistan.

He is believed to be running at least 22 individual “training camps” within American borders. Reports are indicating that since Donald Trump was elected these groups have been arming themselves and training in their camps in preparation for a potential war with the new administration.

Gilani as allegedly arming his groups in order to wage a religious was against Donald Trump and the rest of the non-Muslims that oppose his radical Islamic agenda.

Sources in the organization stated that they had been told to prepare for the FBI “to reopen its cases against them as a homegrown terrorist organization.”

They were also told to “be prepared to fight” against the law enforcement that will likely be conducting raids against the group in the near future. Many of these chilling instructions were characterized as being “self-defense measures,” but there is reportedly talk within the group about going beyond defense and carrying out an offensive, although these reports are not confirmed as of yet. 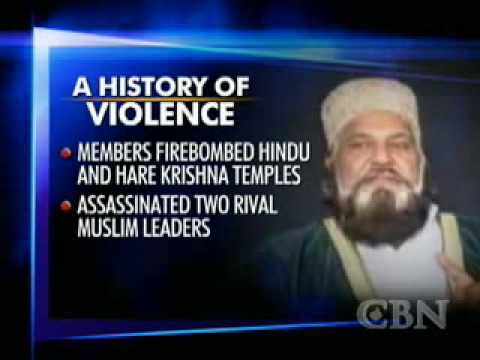 Do you fully understand what is going on here?  Obama cleared Gilani and MOA as no threat even though they have 22 camps set up within the US to train Jihadists.  But now that Donald Trump will be the new president they are worried about being raided.  No fear of democrats, terrible fear of Trump.  Terrorists have no fear of the Muslim in Chief because he supports them.