An elderly couple who have been dancing together for the past sixty years entered a dance contest in Bavaria, Germany and it has become an internet sensation, having racked up 62 million views.  The couple was shocked by the numbers, especially since they had no idea they were being filmed.  The dancing was unexpectedly lively and drew much attention by those in attendance and by viewers on the internet, who shared the recording a remarkable 1.6 million times.

An elderly couple who have been dancing together for 60 years have become viral stars when they were caught on camera performing a rock’n’roll routine.

A video of Dietmar Ehrentraut, 70, and his wife Nellia, 64, from Durmersheim, German, has been watched online more than 62 million times.

The pair were taking part in a dancing competition in Bavaria a few weeks ago and didn’t realise they were being filmed.

The incredible clip has been shared 1.6 million times, with more than 44,000 comments.

Dietmar said: ‘We are quite flabbergasted what the video has set in motion.

‘I had not even seen anyone filming us!’

A video shows the pair, originally born in Austria, dancing to Down the Road Apiece by The Refreshments.

They can be seen twisting and twirling on the dance floor as the audience cheers them on.

They even give courses and workshops to pass on their skills to the next generation.

‘This dance has become an integral part of our lives. We discovered the 1950s music scene and found like-minded people at concerts and festivals.’

The couple say they never expected to become an online video sensation. 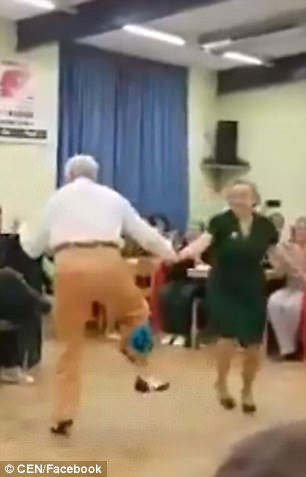 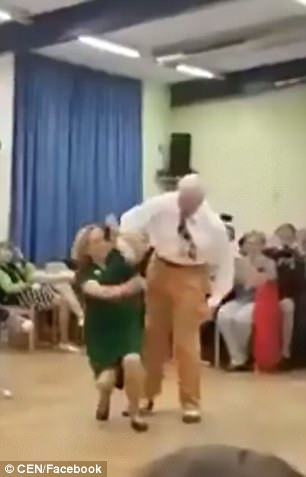 Caught On Camera: The “Best Fails” of...