(The Maury Show)  Maury reaches into the envelope and pulls out a sheet of paper and announces:

“In the case of Subway Chicken, Foghorn Leghorn, you are NOT the father.”

Researchers decided to test chicken at fast food joints and find out just how much of their chicken is really chicken.  The first thing you need to understand is that it’s impossible to get a 100% rating because of seasonings and sauce.  That being said, the numbers for Subway are positively subterranean if true.  The tests were done in Canada and Subway is disputing the numbers.  They did leave wiggle room in case some area was getting chicken with a high soy content.  Subway claims their product only contains 1% of soy.

SUBWAY Canada cannot confirm the veracity of the results of the lab testing you had conducted. However, we are concerned by the alleged findings you cite with respect to the proportion of soy content. Our chicken strips and oven roasted chicken contain 1% or less of soy protein. We use this ingredient in these products as a means to help stabilize the texture and moisture. All of our chicken items are made from 100% white meat chicken which is marinated, oven roasted and grilled. We tested our chicken products recently for nutritional and quality attributes and found it met our food quality standards. We will look into this again with our supplier to ensure that the chicken is meeting the high standard we set for all of our menu items and ingredients. 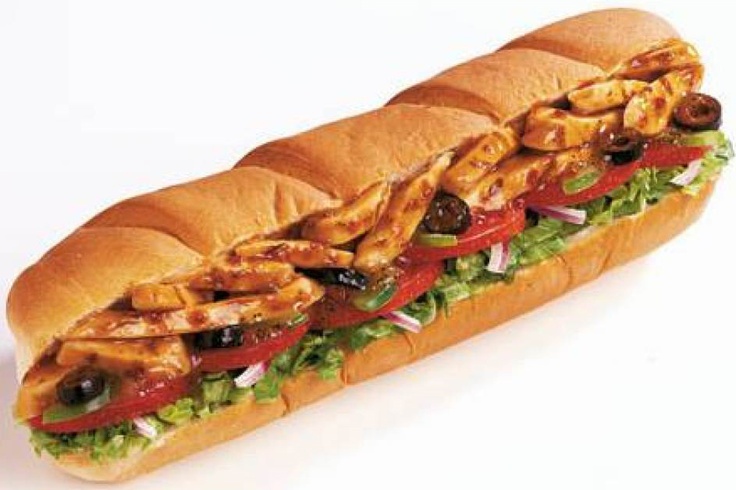 Each score was averaged for each test and most of the scores were ‘very close’ to 100 per cent chicken DNA, Harnden told CBC.

All of the products scored at least 84 per cent chicken DNA, except the two Subway items.

Wendy’s grilled chicken sandwich averaged 88.5 per cent chicken, while McDonald’s Grilled Country Chicken averaged 84.9 per cent, according to the findings.

The A&W Chicken Grill Deluxe had the highest score of 89.4 per cent and the Tim Hortons Chipotle Grilled Chicken Wrap scored an 86.5 per cent.