Holy “Dewey Defeats Truman”, Batman.  The left wing kooks never doubted that Hillary would win the election, and they had good reason to.  Voters have never before really taken someone’s character into consideration because of the power of the media to shape popular opinion.  That all ended very early in the morning of November 9th, 2016.  It was then that a united group of Americans stood up and said “No More Lies.”  A Newsweek licensee released souvenir copies of their next edition: 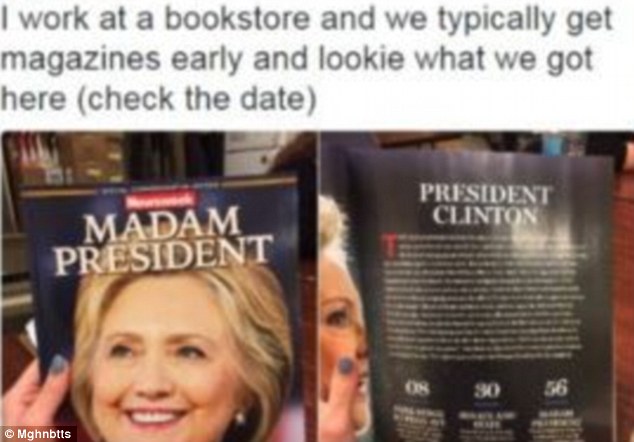 There were immediate outcries from Trump supporters aimed at Newsweek for the cover.  Newsweek blamed the release on the licensee, Topix.  Newsweek supplied a picture of the Clinton cover along with the one they prepared in case of a Trump victory: 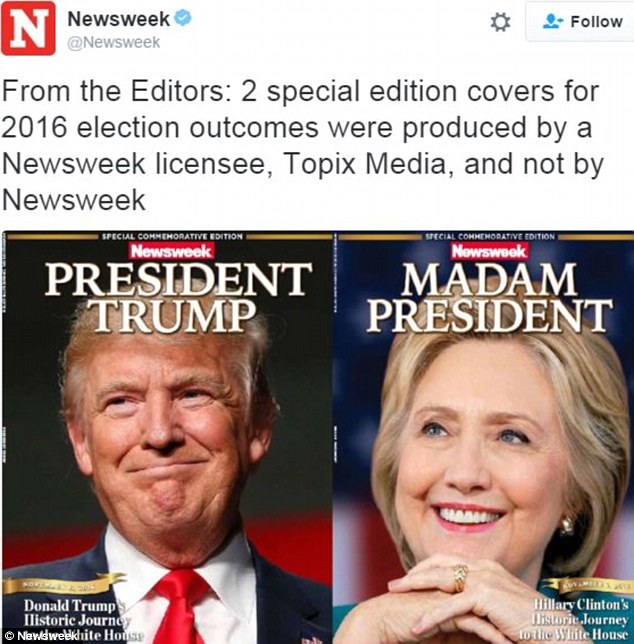 But no copies of the Trump version were ever printed.  Topix said it was a business decision because they didn’t believe that Trump had a chance in hell of winning and not because they wanted to give Hillary a boost by releasing the copies the day before the election.  If you believe that, I have some land in Florida I’ll send you.  It’s surrounded by water……….on all six sides.

The Hillary editions are now being recalled and pulped.

On Wednesday, after Trump was declared president-elect, President Barack Obama said he was rooting for Trump’s success.

But during a nine-minute address in the White House Rose Garden, his clearly devastated staff didn’t look so sure.

With Vice President Joe Biden at his side, a sometimes smiling but always composed Obama said Tuesday’s election in which his party’s nominee lost the nation’s highest office was a setback for his agenda but not for the nation.

‘We are now all rooting for his success in uniting the country,’ he said.

‘Everybody is sad when their side loses an election. But the day after, we have to remember that we’re actually on one team,’ Obama said.