Excitement over the highly-anticipated film Fifty Shades of Grey is heating up in places few could have guessed. According to online box office Fandango, ticket pre-sales in Mississippi, where until recently it was actually illegal to sell sex toys, are four-times higher than the site expected.

(Above is From Time.com) 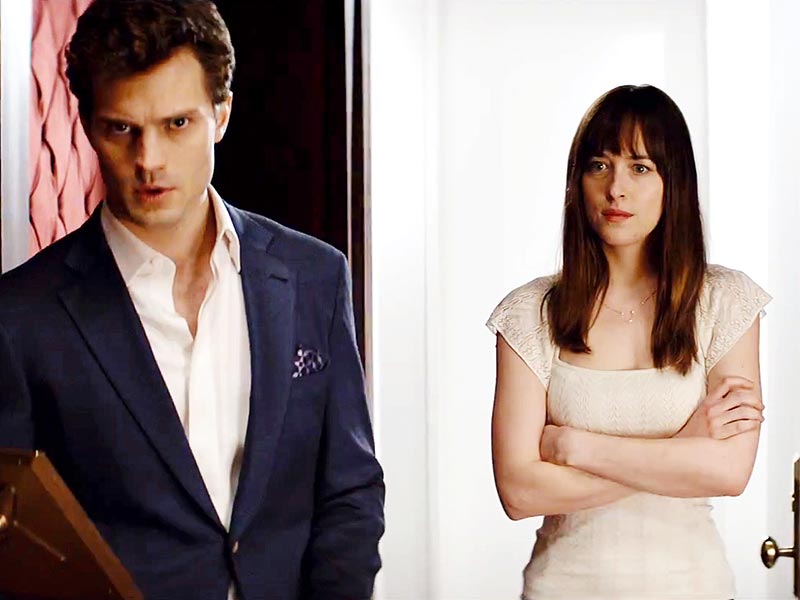 Fifty Shades of Grey is facing yet even more controversy.

As the film’s Feb. 13 release draws near, a grassroots campaign has gained traction, calling for moviegoers to put the money they’d spend on seeing the film toward a donation to a women’s shelter.

Going by the hashtag “#50dollarsnot50shades” on Twitter, the campaign comprises women’s shelters, anti-pornography organizations and other advocates who have expressed their displeasure with the film’s sexual content, calling it offensive and violent toward women and claiming that it promotes an unhealthy view of sexuality.

“Please do not support this movie that portrays abuse as a form of love,” one user writes under the hashtag. The accompanying images feature a photo of Dakota Johnson as Anastasia Steele with the words “humiliated,” “battered,” “coerced” and “entrapped,” and facetiously calling Ana an “empowered woman.”

A similar photo has Jamie Dornan as Christian Grey with words like “controlling,” “jealous,” “possessive” and “forceful” written above “true love.”

It was announced this week that the Malaysian Film Censorship Board has banned the film from screening in the country’s theaters for its “sadistic” content, “graphic nudity” and “unusual behavior.”