An unnamed American tourist was visiting an Indian monkey sanctuary.  It started off like fun as one of the monkeys climbed up him and perched on his shoulder. 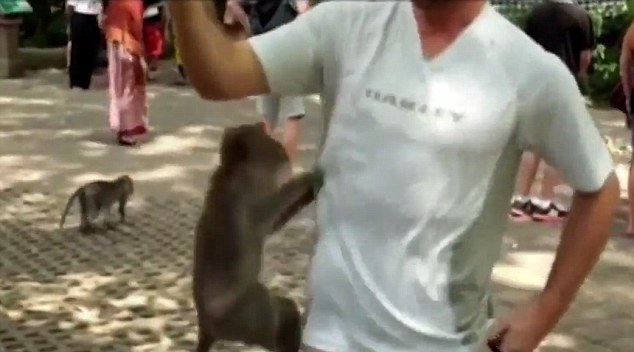 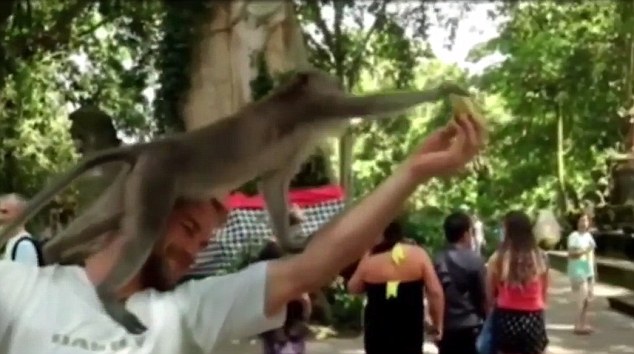 Then things changed rapidly.  One of the man’s friends warned him that a monkey was sneaking up behind him.  The monkey leaped onto his shoulder and the two monkeys began primating on the side of the man’s head. 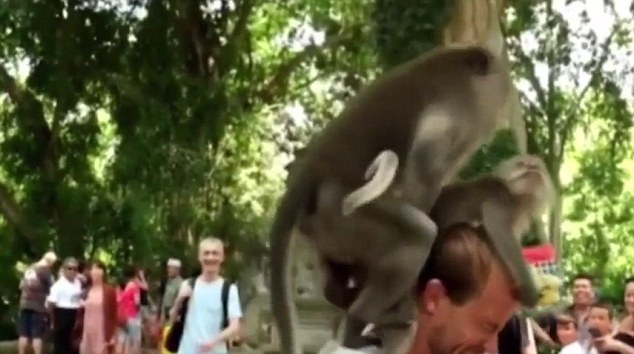 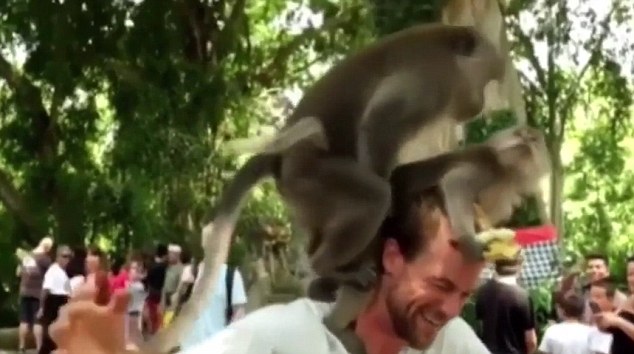