A woman is facing murder charges in Moscow for beheading a four year old child and carrying his head around on the streets for an hour, because Allah told her to do it.  No word yet on whether Allah will be called to testify.  Gulchekhra Bobokulova, a 38, pleaded guilty to the crime.  Gulchekhra Bobokulova is the mother of three children and some doctors have said she is  schizophrenic.  She was seen soon after the heinous murder, holding the child’s head up in the air: 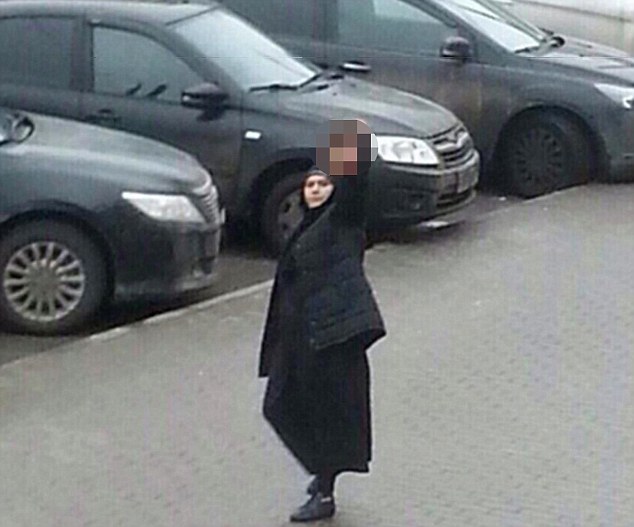 As she walked into court today, Bobokulova, who the Russian press has dubbed ‘the bloody nanny’ was asked if she wanted the parents of the girl to forgive her. She replied, pointing her finger to the sky: ‘I will ask nobody. Only Allah’.

Another journalist asked her: ‘What did Allah order you to do?’ She replied: ‘To kill.’

The judge Tatyana Vasyuchenko told the court that Bobokulova stabbed the girl causing her ‘mortal neck injuries’, and then beheaded her.

Earlier, it was reported that she had been strangled before the beheading.

And asked in court if she pleaded guilty, she nodded yes. Questioned if she felt sorry about the girl, she shook her head, evidently meaning no. Inside the court cage, she smiled and waved to journalists.

Speaking in broken Russian from the suspect’s cage, Bobokulova said: ‘Allah is sending a second prophet to give news of peace’ and also complained that she was ‘hungry’, had not been fed and would ‘die in a week’.

WARNING!!!!  The following video is graphic and you use discretion.  The offensive part is is distorted: