In the picture, you will see what I consider to be the best platoon in the history of the Marine Corps.  That would be 2nd Platoon Kilo Company, 3rd Battalion, 23rd Marines.  The justification by which I say this is the best platoon ever is that simply that I say so.  Sure there might have been platoons more disciplined, tactically proficient, and decorated.  However, for a fun time and a fearful reputation in the Wasit Provence of Iraq, I’ll take these guys. 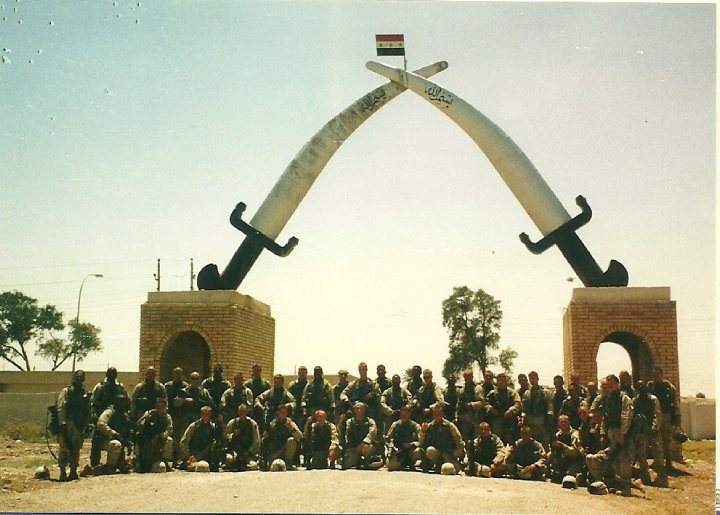 However, this is not what this post is about.  Rather, this post is about what most all of those Marines and hundreds of thousands others are now.  Namely, Veterans.  For those who have been paying attention and those who have not, for the first time since the 70’s, there is a huge class of recent War Veterans.  This point was driven home to me when I was wearing some Marine Corps swag at a local Walgreens recently, which led to a conversation with a young Marine recently returned from Iraq.  In our conversation, I mentioned I was in Iraq in 2003, to which he replied something along the lines of, ” Cool, I was in 6th grade then.”  That’s right.  While I was in Iraq, a young 6th grader would eventually be fighting the same war.  Fascinating.

Fast forward to 2014 and by some  studies Veterans are committing suicide at a rate of 22 a day.  That’s right, 22 a day.  Keep in mind at that rate, my entire platoon would be gone in 2 days.  After a week, my entire Company would be gone.  Keeping that going, and by the end of the month, my entire battalion would be dead.  That may strike you as somewhat compelling, but when I start putting the names of the Marines I served with to the 22 it becomes devastating.  Because for every Veteran who commits suicide, I know they were in someone’s fire team, someones squad, and someone’s platoon.  If you have ever served, you know exactly what this means.

Tons Of Welfare Abusers Just Got The...