Face of an angel, body of the Hulk: Meet the fitness champion who’s dubbed ‘the prettiest bodybuilder’

With her glowing skin, sweet smile and sleek long hair, Mou Cong could easily pass for a glamorous model by appearance.  This girl is a knockout.

But in reality, the elegant 32-year-old woman is famous for her ripped Hulk-like physique.

Mou, a recent bodybuilding champion, has been dubbed the ‘prettiest bodybuilder’ by Chinese media because of her pretty looks and impressive muscles. 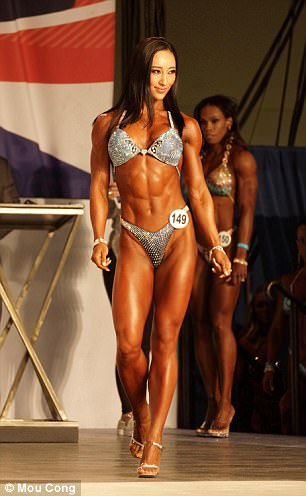 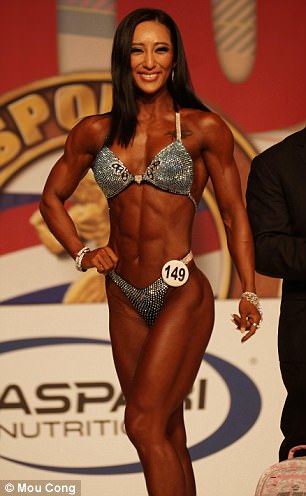 Mou Cong has surged to fame after her victorious performance in the Arnold Amateur body building competition (pictured). She won two titles during the competition on March 5 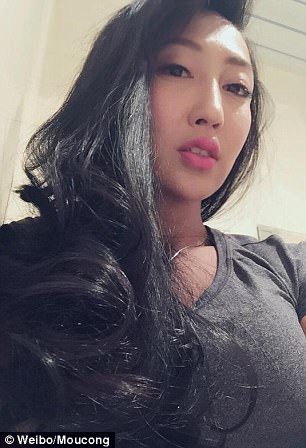 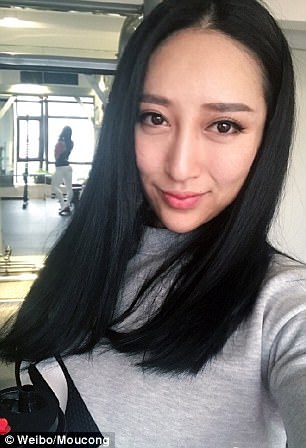 The 32-year-old, from Xuzhou, China’s Jiangsu Province, is dubbed ‘the prettiest bodybuilder’ 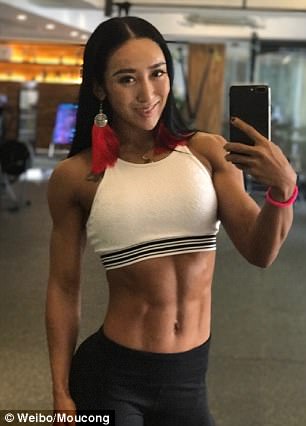 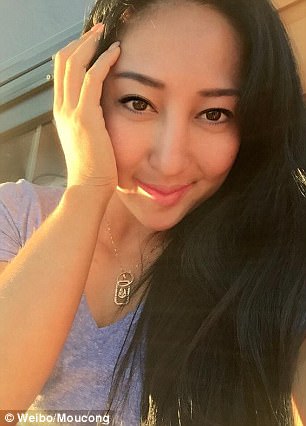 Mou said: ‘When I displayed my muscles, I did it in an exquisite manner – like a posh Chinese lady. However, my physique met the western standard of beauty’

The doll-faced woman has surged to fame after her victorious performance during the Arnold Amateur, an international bodybuilding and fitness sports festival named after Arnold Schwarzenegger.

She was crowned the champion in the figure D class after beating 14 other female bodybuilders no taller than 5ft 6in on March 5. She also won the Amateur Overall Figure competition.  Not bad.

In an interview with MailOnline, Mou explained the aesthetic values she hoped to display: ‘My beauty is a combination of the Chinese and western culture.  That came through in spades.

‘When I displayed my muscles, I did it in an exquisite manner – like a posh Chinese lady. However, my physique met the western standard of beauty.’ 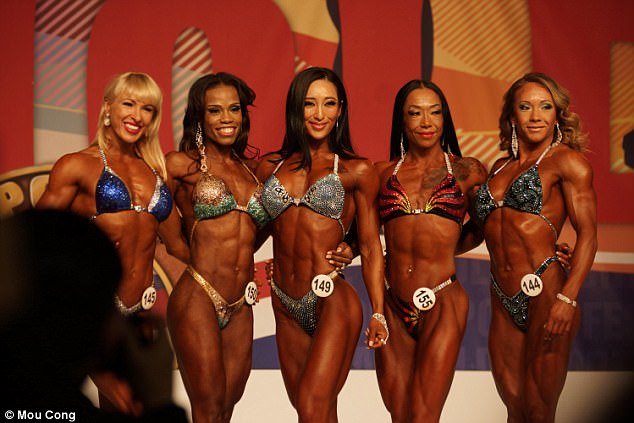 Mou was crowned the champion among female bodybuilders no taller than 5ft 6in earlier this month during the Arnold Amateur, an international bodybuilding and fitness sports festival named after Arnold Schwarzenegger 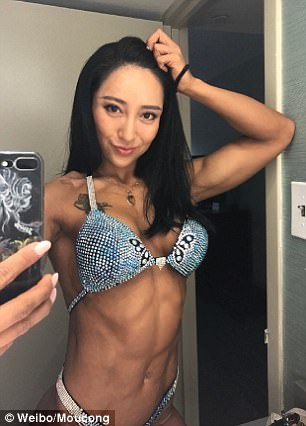 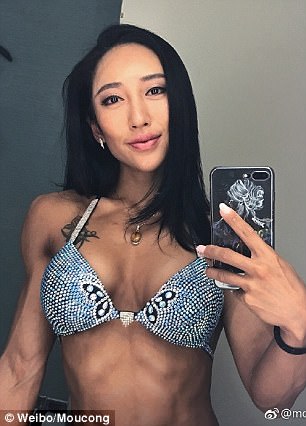 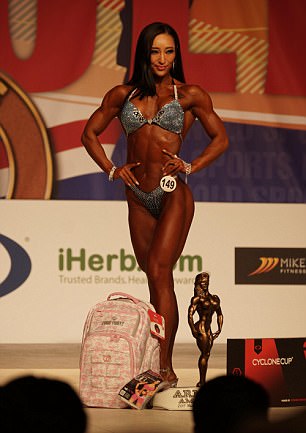 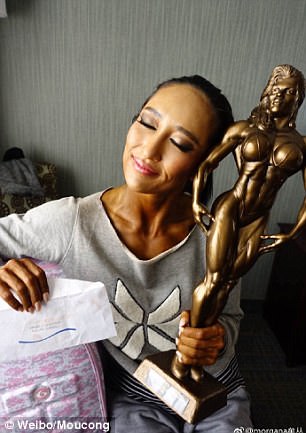 After taking home two championships from Arnold Amateur, Mou wrote ‘never give up chasing your dreams’. She was pictured posing with her trophy after the contests

She has been in the bodybuilding industry for a decade and owns a fitness studio in cosmopolitan Shanghai.

She has three years of MMA training under her belt and snapped titles at the 2012 Asian Bodybuilding Championships, according to People’s Daily.

The formidable woman is renowned in her homeland for live-streaming her training sessions in addition to her incredible boxing techniques. 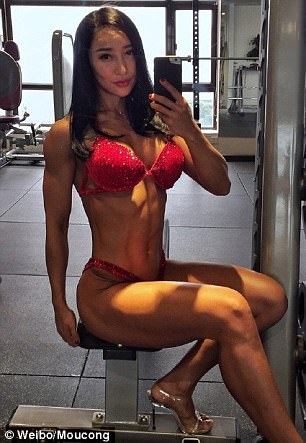 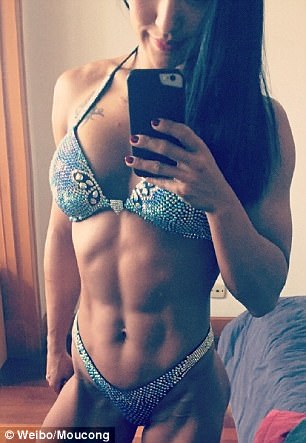 Before she left for the United States, Mou posted pictures on her social media account asking internet users to help her choose her competition costume 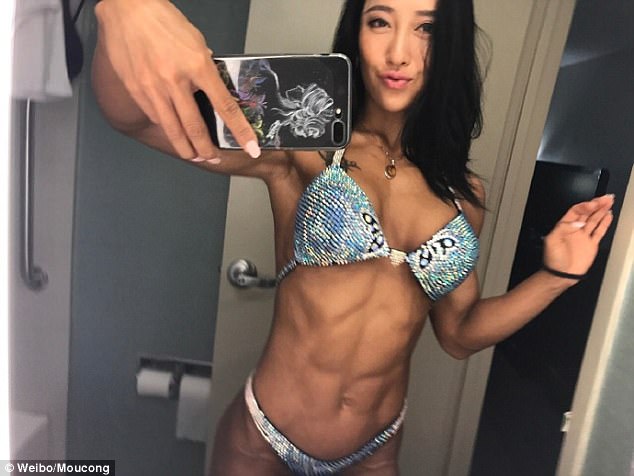 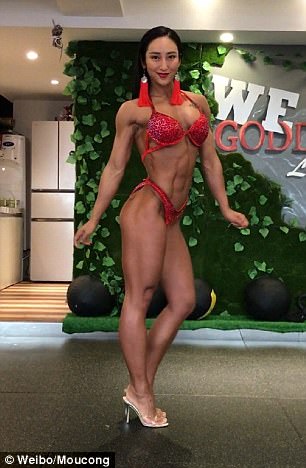 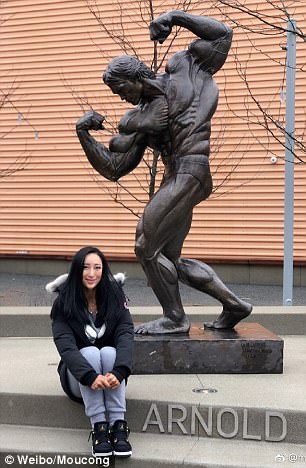 The fitness champion said she wants to display Chinese women’s ‘oriental beauty’ on the international bodybuilding stage. She was pictured outside the competition venue (right)

With her latest wins, Mou became the first Chinese woman to have won an international bodybuilding competition. Through this, she hopes to change the stereotype that Asian women are delicate and are not good at growing muscles.
The fitness guru said: ‘Asian women don’t have any disadvantages in terms of physique. What lag behind are our ideas in bodybuilding and our training methods.’ 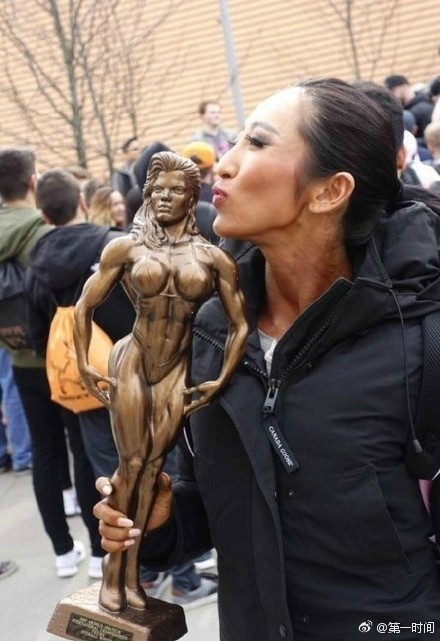 In order to show her body in the most confident, graceful and powerful manner, Mou underwent an eight-week intensive training prior to the Arnold Amateur competition, coached by Dominican bodybuilder Victor Martinez.
Mou didn’t want to reveal details of her training. She only said it was ‘a solo battle’ and that it was ‘very tough’.
Talking about her next goal, the ambitious bodybuilder said she wants to compete in the Olympic Games. 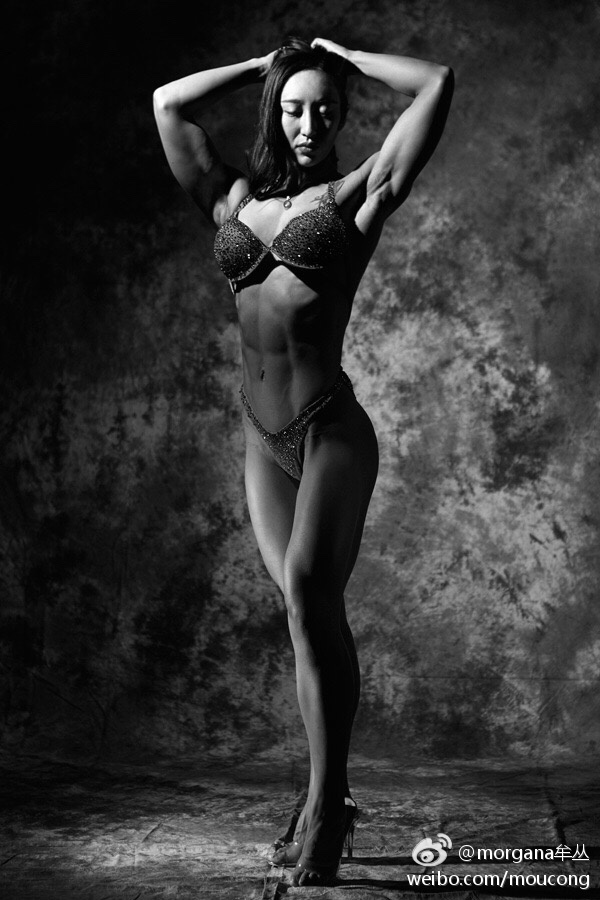 Just as what she wrote on her Weibo account, ‘never give up chasing your dreams’, Mou said she would persist in her rigorous but rewarding training and pursue her sports career on a higher level.
She said she wants to display Chinese women’s ‘oriental beauty’ on the international bodybuilding stage.

What a beautiful woman, and for once, a female bodybuilder who doesn’t look like she had an air hose shoved up her bum.