With both parents having to work to provide a good life for their family, daycare becomes necessary but is also frightening.  You only see the good reviews from previous parents and many times the treatment of the children is never found out.  For  Rajat and Ruchita it became a nightmare after Ruchita picked up her daughter  Ritisha and discovered she had a bruise on her face.  Daycare worker, Priyanka Nikam told them that she hit herself.  The parents assumed that she became stressed after being separated from her parents for the first time.

That night their baby started showing signs that something was wrong including vomiting.  The next day they went to the doctor, who ordered a CT scan that revealed that their daughter had been mistreated.  They went to police who looked at the CCTV footage and immediately took Nikam and the daycare owner into custody.  The owner was released but the daycare worker is still in custody. 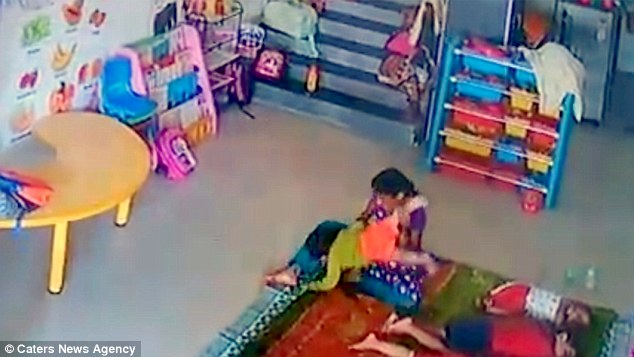