A mother has been arrested after police reviewed a video showing what she had done to her two year old daughter in a local grocery store, that has people disgusted and incredulous.  And it was all caught on video tape.

The video shows the mother bringing her daughter into the grocery story where she intentionally abandoned her.  How frightening that must have been for the poor girl.  The mother should be led out into a nearby desert and abandoned.

Following a manhunt, police have identified and arrested a California mother who intentionally left her two-year-old daughter in a grocery store on Sunday.

After appealing to the public, police arrested Chiengkham ‘Cindy’ Vilaysane, and are reportedly ‘100 per cent confident’ is the mother of the toddler.

The child wandered away from Vilaysane while in the store, and at one point when another shopper brought her back to the her, she reportedly said to ‘just leave her’.

Vilaysane then continued her shopping, checked out at the cashier’s desk, and left without her daughter.

The girl was found around 5pm at the Food-4-Less on Van Buren Boulevard in Riverdale, unharmed but alone. 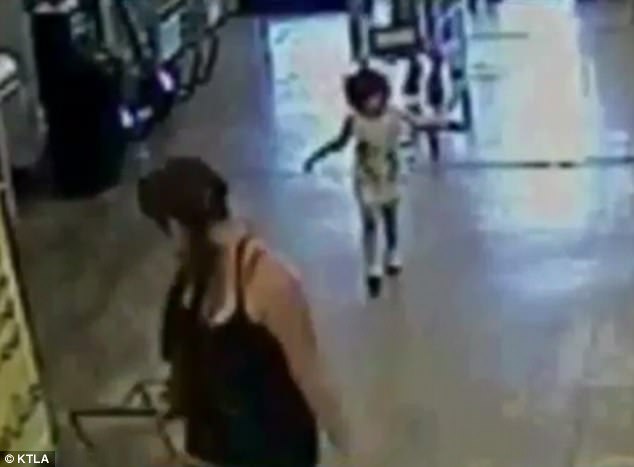 Her Facebook page also lists her as a Junior Production Officer at the Department of Defense.