Zsa Zsa Gabor, of the famous Gabor sisters that also included Eva and Magda, has died on Sunday at the age of 99.  Ms Gabor suffered a heart attack and was rushed to the hospital, where she passed. 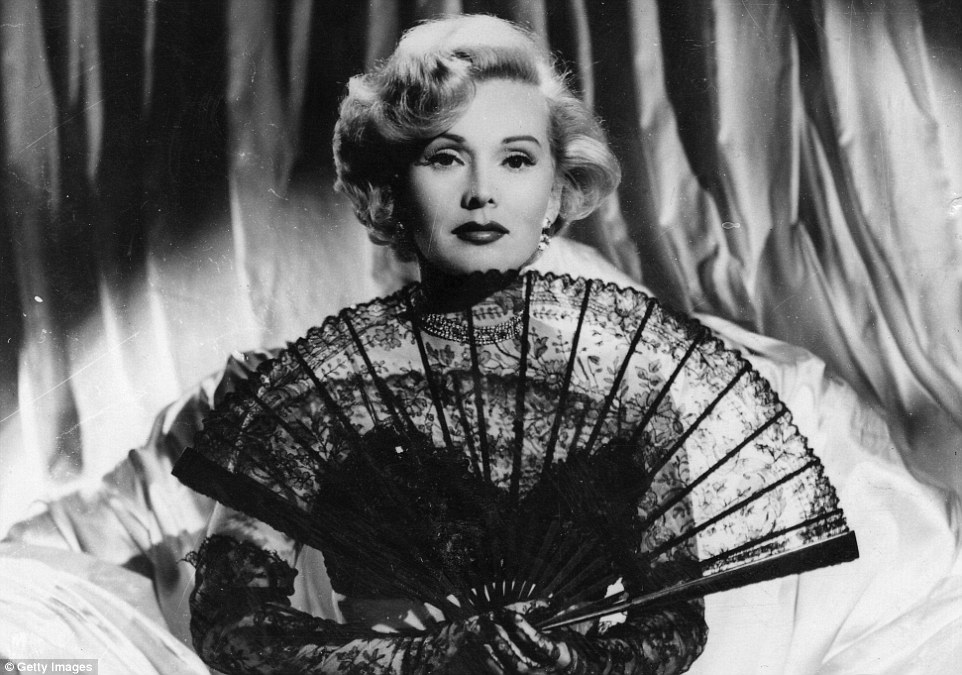 The Hollywood star had celebrated her 99th birthday in February, with her ninth husband Frederic Prinz Von Anhalt, telling TMZ that the actress was admitted into a Los Angeles hospital.

At the time, Von Anhalt, who married Gabor in 1986, told the site that a doctor came to the couple’s home and removed mucus from her throat but it was then decided she should be taken to hospital.

Doctors diagnosed her with having a feeding tube-related lung infection. She underwent surgery to have it removed.

‘She is fighting right now and she wants to move on. She wants to live,’ her 72-year-old husband said of his wife at the time of her February hospitalization.

‘She squeezes my hand, she kisses. She is drinking water, she has ice cream. She wants to move on.

‘People don’t want to move on — they give up, they totally give up,’ he added. ‘[But] she wants to move on.

‘She never told me, ‘Let me go’ or ‘I don’t want to live anymore’, things like that… like people do when they get to an age like that. She never did it.

‘Her mother did it but she never did it. So we keep going and see what happens. The main thing that we are watching is that we don’t have any pain, you know? She has no pain at all.’

The Hungarian beauty, who hadn’t been seen in public for years, was previously hospitalized after developing a severe throat infection in 2012. 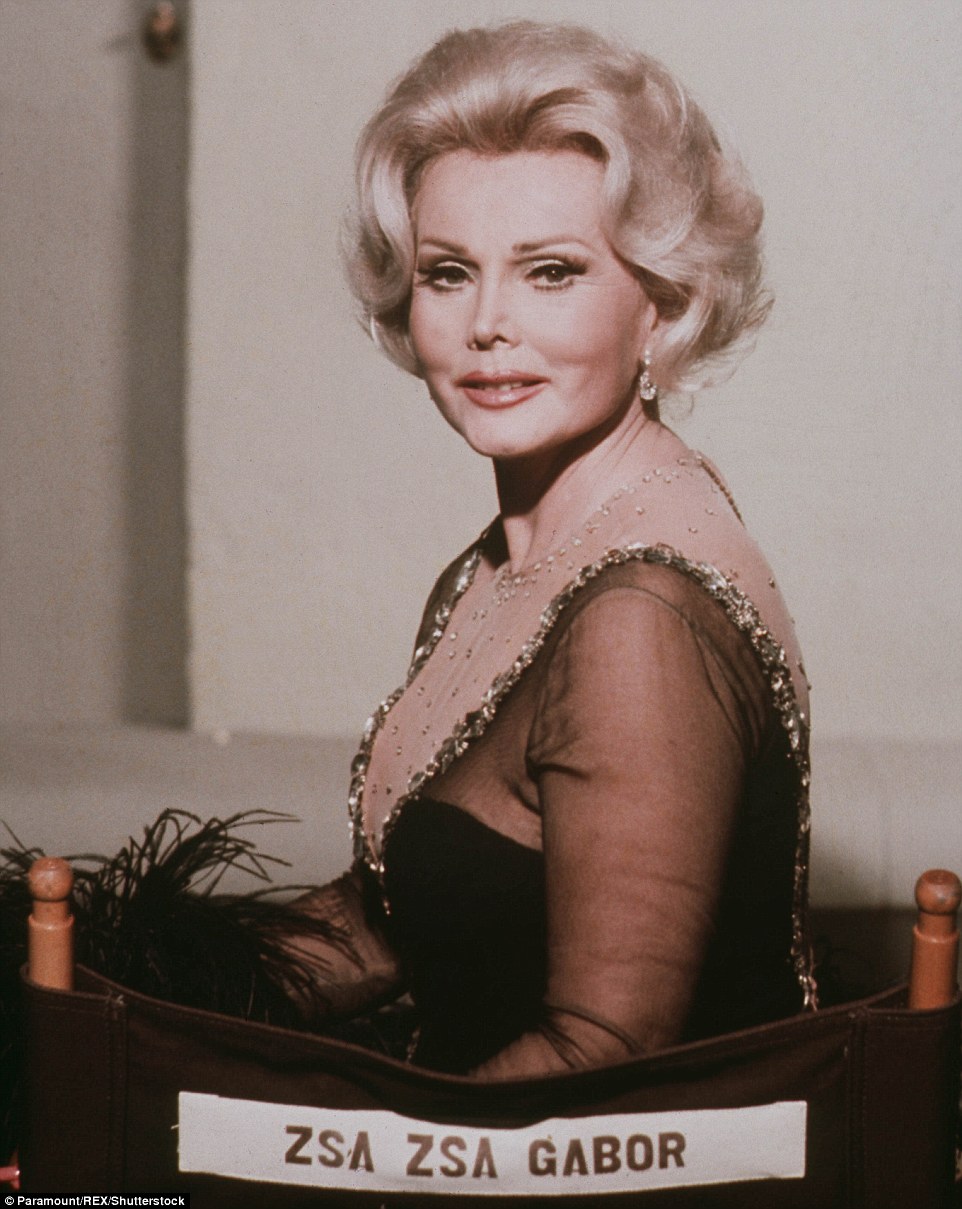 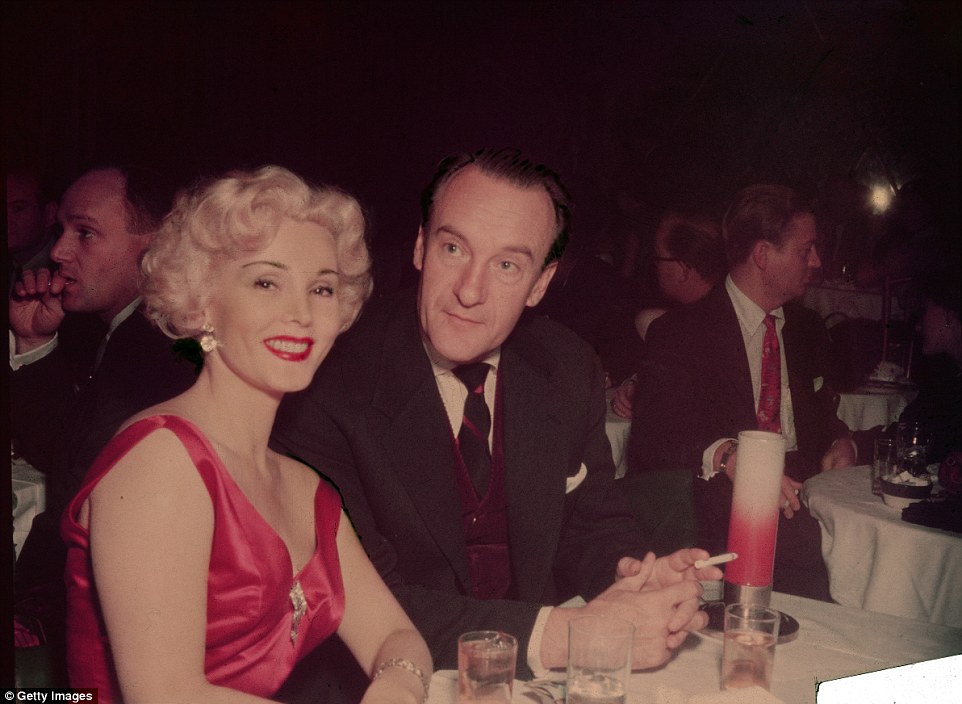 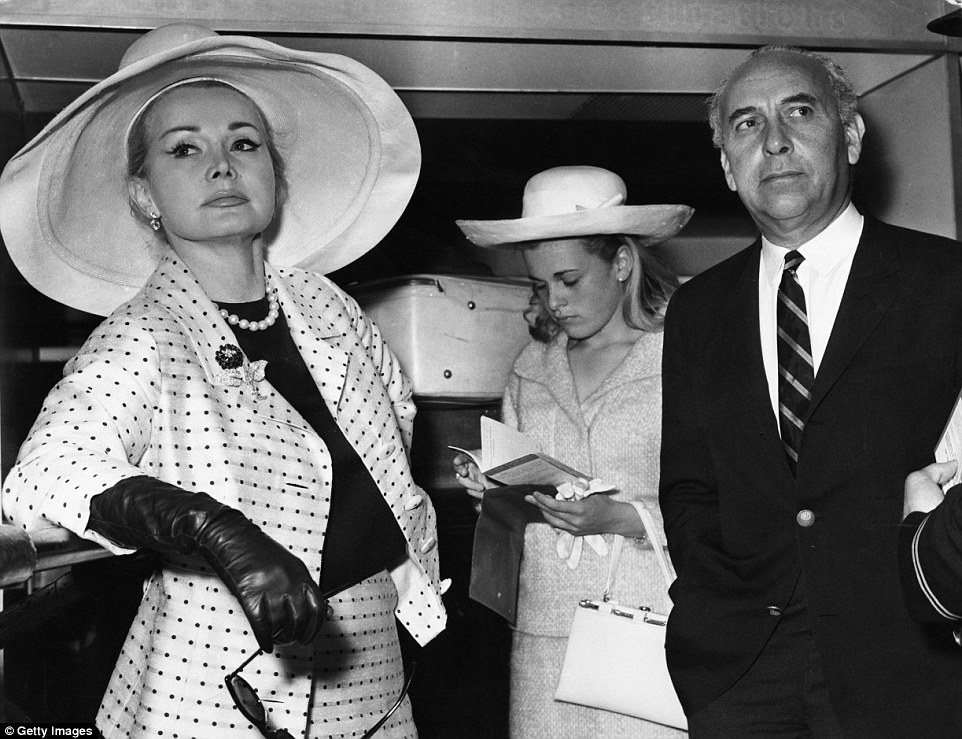 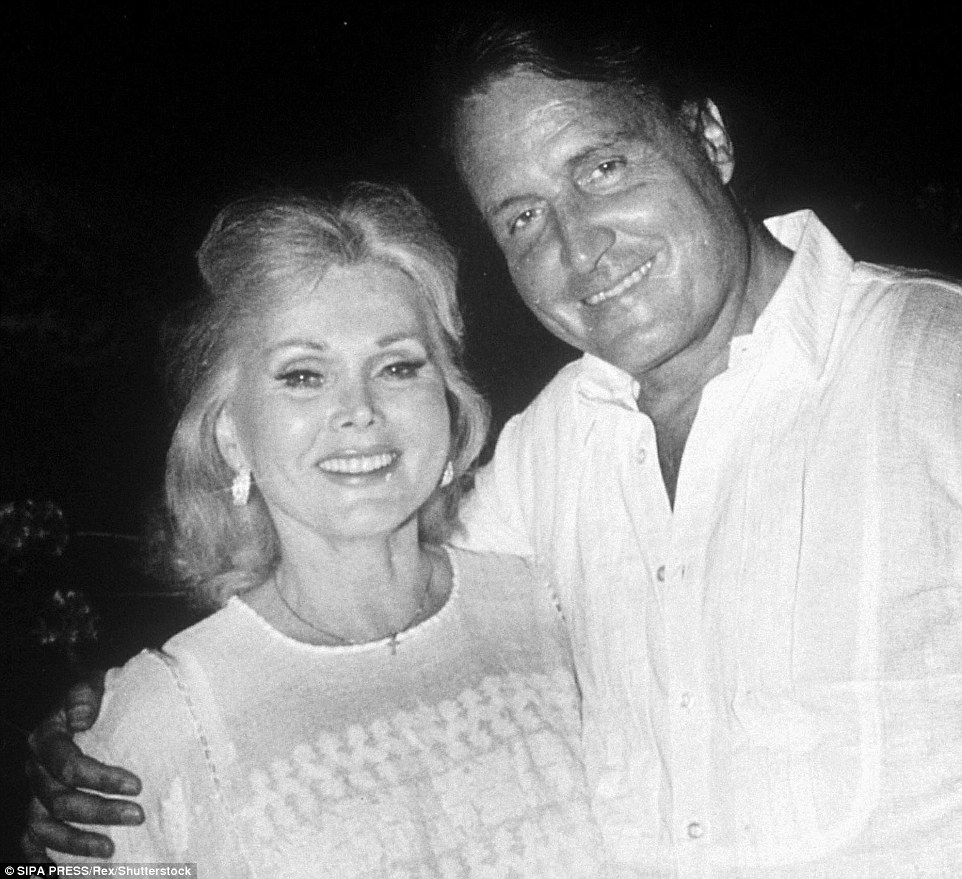 The most famous of the Gabor sisters, born Sari Gabor in Budapest in 1917, she pursued the spotlight as relentlessly as she did the men in her life.

The Hungarian born actress and socialite was known for a number of things, including being married a total of 9 times throughout her lifetime.

Two years later, Gabor married Oscar-winning actor George Sanders in 1949 and they split in 1954. She went on to marry Herbert Hutner in 1962 and they divorced in 1966.

Gabor then married Joshua S. Cosden Jr. later that year in 1966, but they divorced a year later in 1967.

In 1975 she married Jack Ryan, but that marriage only lasted a year and they were divorced in 1976.

That same year, she went on to marry Michael O’Hara, as the couple split in 1983. Gabor then married Felipe de Alba not long after, but the marriage was annulled that same year in 1983.

Three years later, Gabor married Von Anhalt in 1986, as this was her longest marriage of the nine.

Gabor’s stage career started in Vienna, when she was crowned Miss Hungary in 1936.

She decided to follow her sister Eva to California to pursue a career in Hollywood.

After a string of television work and odd parts in movies, her big break came with a starring role in Moulin Rouge in 1952 opposite Jose Ferrer.

The actress starred in films such as The Girl in the Kremlin and Queen of Outer Space.

She became a Hollywood sex symbol – fueled largely by her candid comments on her colorful love life.

‘I am a marvelous housekeeper,’ she once said. ‘Every time I leave a man, I keep his house.’

And when asked ‘How many husbands have you had?’ she was quoted as saying, ‘You mean other than my own?’

Her lavish lifestyle and persona outshone her film and television career. Miss Gabor was true gossip fodder and every aspect of her life was fair game, including her nine marriages.

The outspoken Gabor first married Turkish diplomat Burhan Asaf Belge in 1937 and they divorced in 1941. She went on the next year to marry hotel businessman Conrad Hilton in 1942, but they divorced five years later in 1947.

Gabor had only one child, Francesca, whose father was Hilton. She passed away in 2015.