Mike Pence used a private email for some of his state’s business as governor of Indiana, which by the way is legal.  He broke no laws.  The fake news Associated Press then published not only Pence’s email but his wife’s as well.  Normally you could assume that it was a mistake or a lapse in judgement but when Pence’s lawyer asked that the email address be redacted , the AP refused to do so.  In my opinion, this proves that the AP intionally meant to publish her email address so that she could be viciously attack by readers of fake news.

The AP and other outlets reported this week that Pence used a private email address as governor of Indiana. An article from an AP reporter based out of the Indianapolis bureau detailed the records and included both the AOL addresses used by the Pences.

Here is the complete letter addressed to the fake news site, the AP: 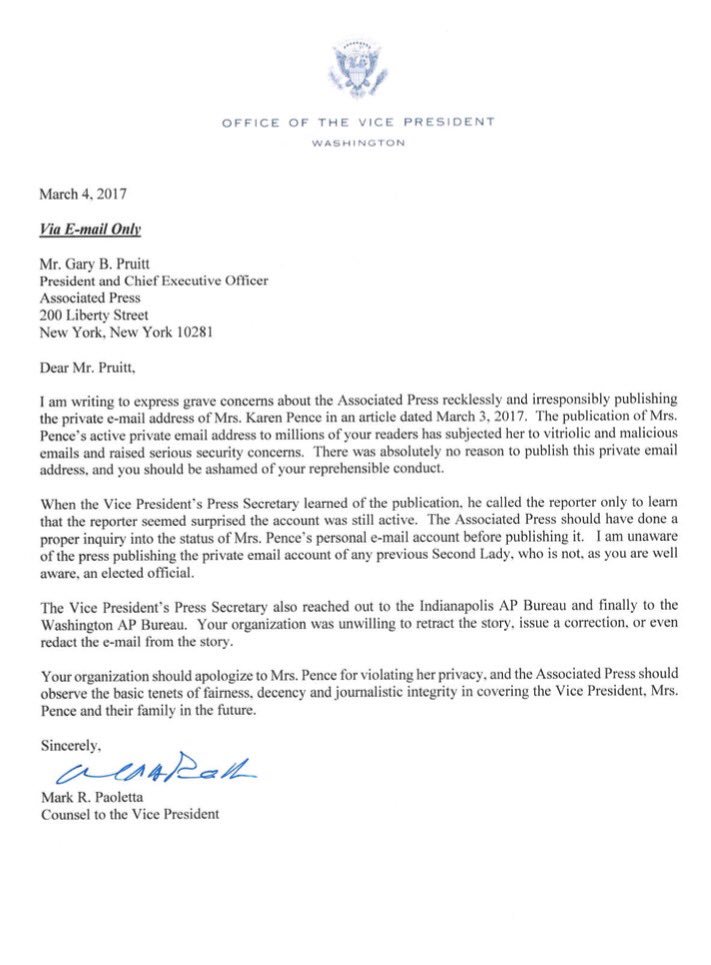 Wait Til You See the Reception VP...