I wouldn’t expect a police escort to your next public performance, Beyonce!

After her spectacle, during the Super Bowl halftime show, Beyonce has made no new friends, and in fact, she ticked off a few people than may not have been the best people to tick off.

Members of the National Sheriffs’ Association meeting in Washington turned their backs on Beyonce during a Super Bowl halftime party, angered the NFL allowed her to sing a song they consider anti-police.

The Association told Secrets that when Beyonce performed a snippet of her hit “Formation,” the sheriffs holding their annual legislative meeting at the J.W. Marriott turned off the volume and video. 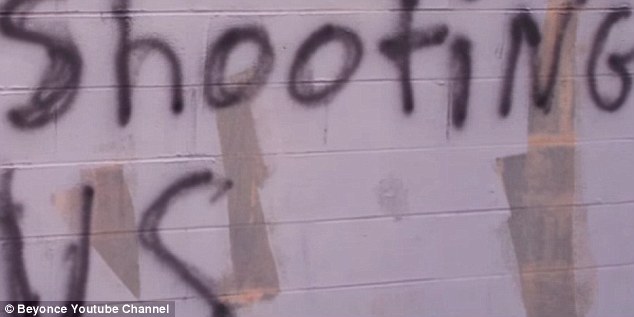 Scene from the Beyonce video that has angered police.

The group’s president, Laramie County, Wyo., Sheriff Danny Glick, was happy that his fave team, the Denver Broncos and Peyton “The Sheriff” Manning won, but the group called on the NFL to choose less controversial half time entertainment in the future.

Formation is being adopted as a rallying cry for some in the “Black Lives Matter” movement and hit features scenes of flooded New Orleans and graffiti that reads: “stop shooting us.”