Joe Biden is completely out of his element and it shows on a daily basis. It is apparent he is not aware of what is happening or what is going on in the country, which is why Biden is often called the “missing” president.

The only thing that he has been able to do is to push the ridiculous COVID bill that had more to do with helping other countries than helping the American people.

In fact, Vice President Kamala Harris has been the one taking the reigns of the president, unsuccessfully of course, by holding meetings with world leaders while Biden bumbles around the basement.

Meanwhile, there are escalating tensions at the border that have even drawn the attention of the left-leaning press to ask questions.

Finally, the press was able to corner good ole’ Uncle Joe on his way to who knows where and give us this gem. A reporter asks the bewildered elderly man, “Do you have any plans to travel to the southern border?” and his response—GOLD.

Also, while watching this video pay attention to the fluffy microphone and Joe’s hand.

I don’t think Joe even understood the question since he took such a long pause to respond with; “Not at the moment.”

Of course, leave it to the internet to already begin to poke fun at the hilarious moment.

Now, that we all have had a giggle let’s “circle back” to the strange part of this short clip.

Did you notice the microphone and not to mention the top of Joe’s head? Here take a closer look.

It almost seems as if Joe was in front of the microphone, right? 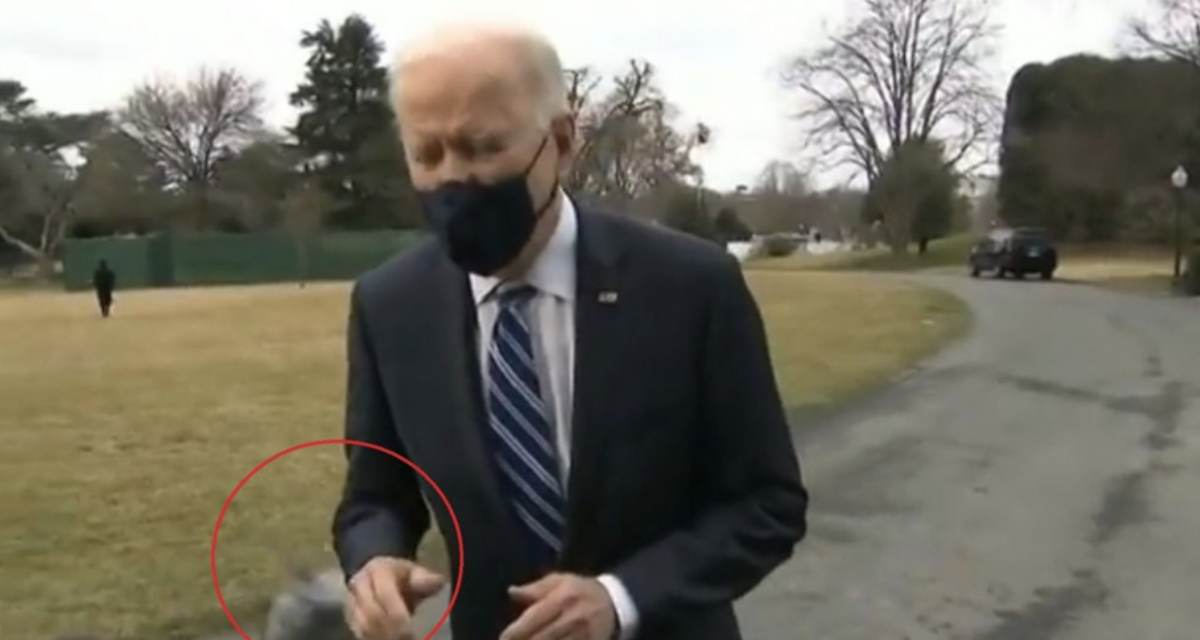 Of course, this has opened the door to many more questions that all lead to the thought that this entire presidency is fake and we are being played.