Black Lives Matter members chained themselves to a city hall door to protest a lack of affordable housing.

Two women used bike locks to chain themselves to the Cambridge, Mass., City Hall doors around 6 a.m. Wednesday, reports the Boston Globe. The women attached themselves to two other men with plastic tubing covered in red duct tape.

The four protesters said they were members of Black Lives Matter/Cambridge.

Police came to untangle the protester around 9:30 a.m. They removed the door handles, then the protesters by using a plastic tarp-like material to slide them away. 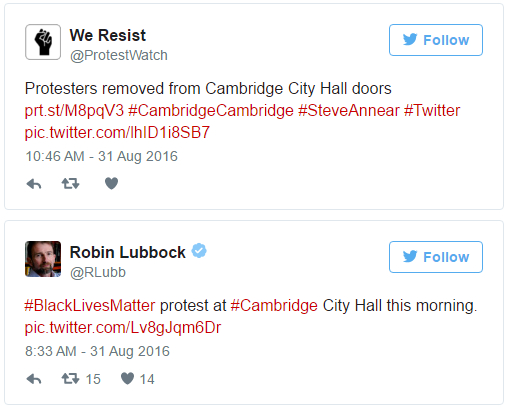 The protesters also demanded MIT be allowed to build dorms for graduate and post-graduate students, and that city-owned properties be used to build affordable housing. 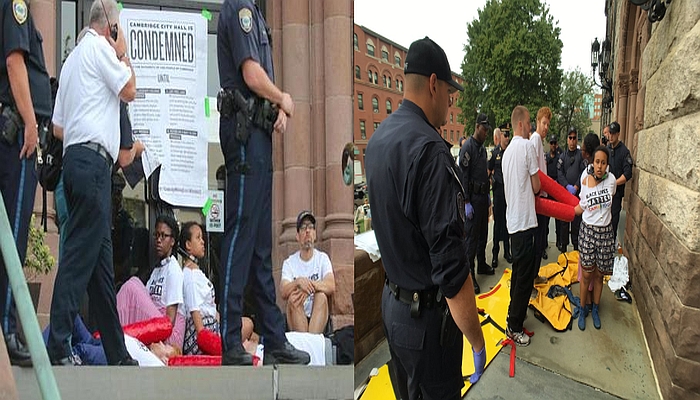 About three dozen people stood outside chanting, “the people united will never be defeated” and, “brick by brick, wall by wall, racist systems have to fall.’’

Vice Mayor Marc McGovern spoke to those gathered, saying that while he understood that affordable housing was a pressing issue, he would not sign the group’s demands.

“It’s a delicate balance,” McGovern said. “But I just want you to know that this is important to us, and we’ve been on this for a while.”