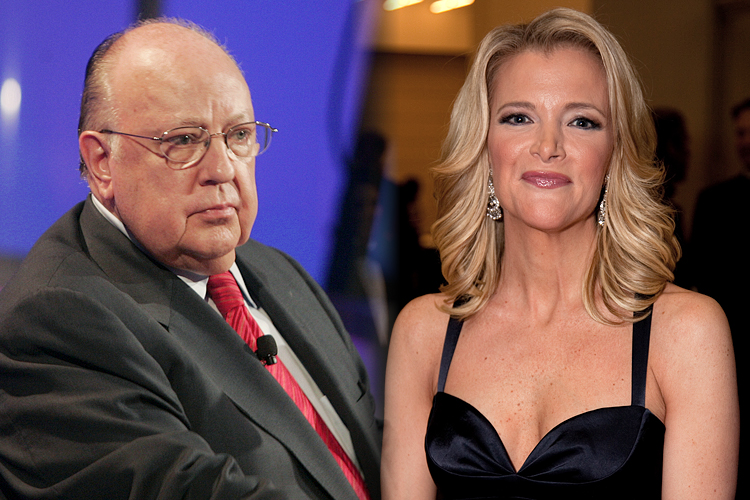 In what could explain why the Murdochs have decided to get rid of Roger Ailes no later than August 1st.  Two separate sources told New York Magazine that Megyn Kelly told the lawyers that Ailes had sexually harassed her ten years ago when she was a young journalist at Fox.  She described the harassment in explicit detail, which hasn’t been released publicly.  It had seemed odd that while many other women were coming forward in defense of Ailes , but Kelly, his biggest female star did not.

It became known yesterday that the Murdochs had made the decision to fire Ailes if he refused to resign.  He was told that he had until August 1st to resign or he would be fired for cause.  The Murdochs decided it was best not to force the issue until after the Republican National Convention.  Kelly will be able to leave Fox in the next year.  This could be a move to show her good will.  With Bill O’Reilly talking retirement, they can’t afford to lose her.

Ailes’s strategy so far has included attacking Kelly in the press. According to sources, Ailes spokesperson Irena Briganti has been criticizing Kelly toreporters, saying she is selfish to not stand up for the man who gave her career opportunities. Roughly a dozen Fox women have praised Ailes since Carlson filed her suit. According to a Fox source, the pro-Ailes campaign has been led by Fox anchor Kimberly Guilfoyle, who has filled in hosting Carlson’s former 2 p.m. time slot.

Briganti did not respond to a request for comment.

Back in the mid-2000s, when Ailes allegedly harassed her, Kelly, a former corporate attorney, was a legal correspondent in Fox’s Washington bureau. Soon she was appearing regularly on Bill O’Reilly’s show and hosting her own legal segments. In 2010, Ailes gave her a two-hour daytime show, and in 2013, he moved her into prime time to replace Sean Hannity at 9 p.m.

Kelly’s agent Matthew DelPiano at CAA did not respond to requests for comment. 21st Century Fox did not comment.

Some of the women at Fox claim they were harassed by Ailes but were unable to speak because of nondisclosure agreements.  Fox has waived the NDAs so employees can talk to the Fox lawyers so they can complete their investigation.