The news earlier today indicated that President Trump was preparing to put out an order forcing Chinese company TikTok to sell their U.S. operations.

Tonight on Air Force One Trump confirmed to reporters that he is banning them.

“As far as TikTok is concerned, we’re banning them from the United States,” he said on Friday night.

He told reporters that the executive action getting rid of the company could come as soon as tomorrow.

David Cloud from the LA Times has this from aboard Air Force One: 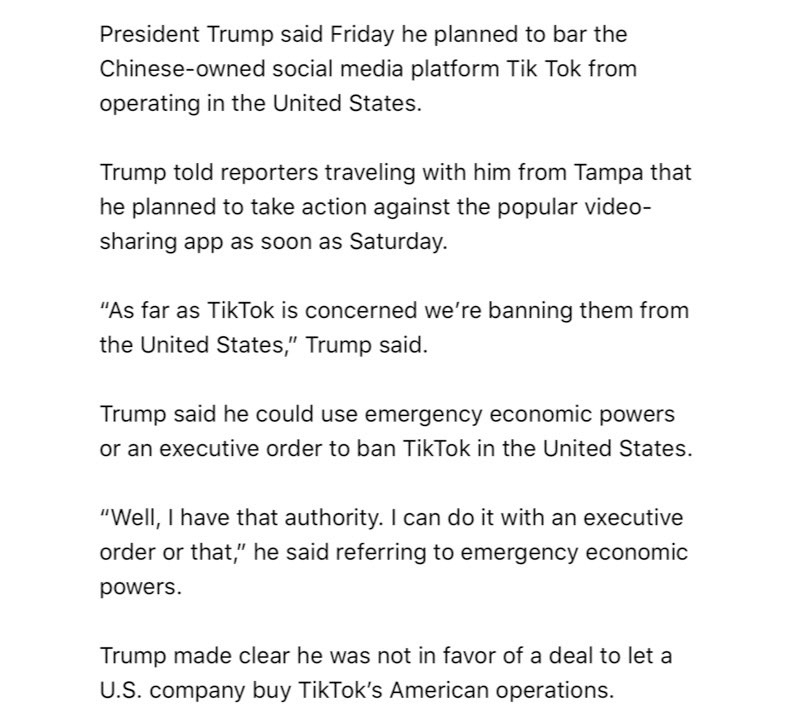 THIS IS A BREAKING STORY AND MAY BE UPDATED.

Asked when it would happen, he said: “Soon, immediately. I mean essentially immediately.” He added: “I will sign the document tomorrow.”