The former Washington Redskins have announced a new name that will last at least for the entire upcoming season: 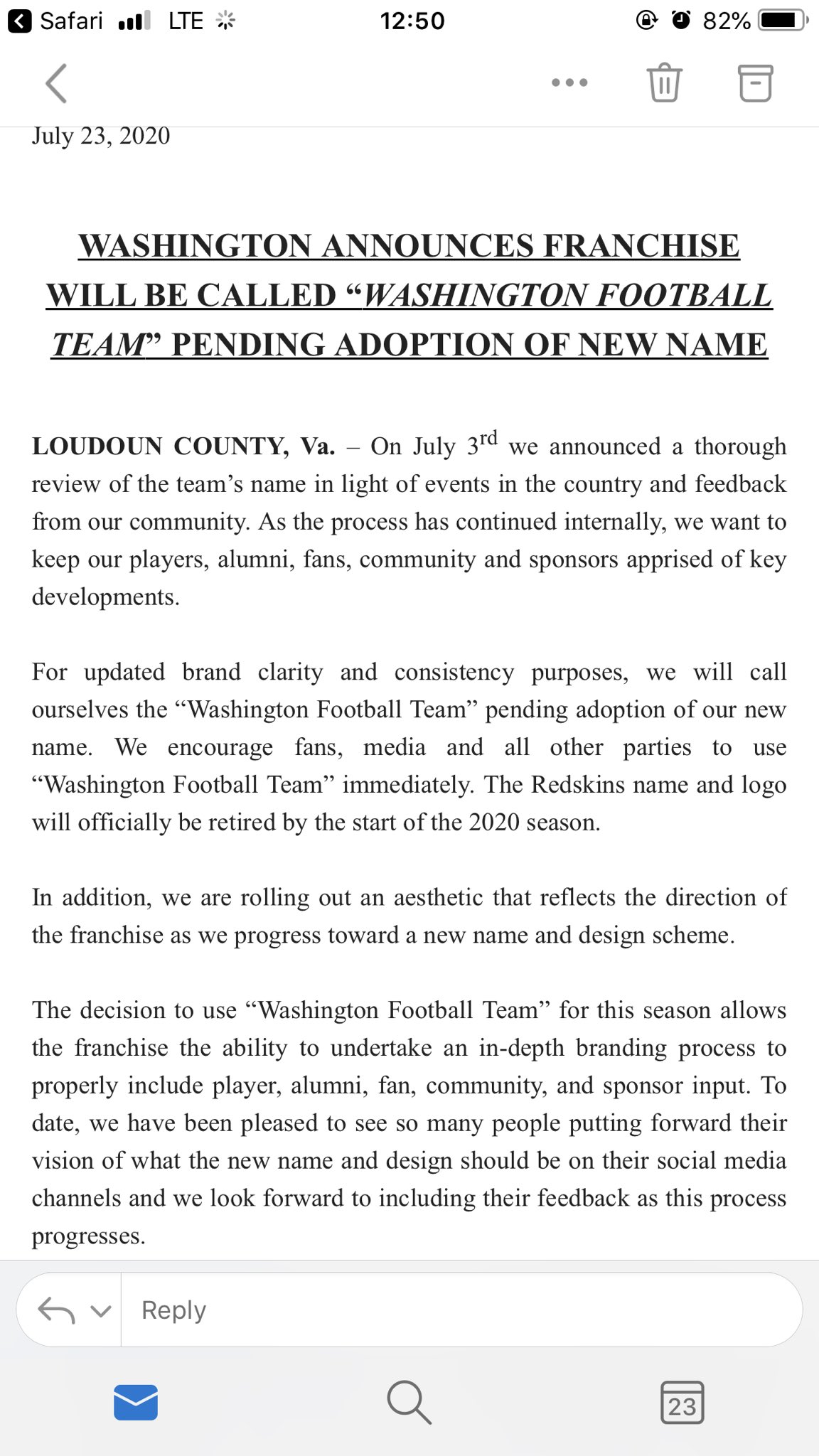 The team announces it will be known as the “Washington Football Team” for the next season to give them time to do an in-depth “branding process” with players, alumni, fans and the entire football community. In other words, this isn’t the final name. But it is a lame name, to be sure.

How does an owner go from saying he’ll never change the name of the Redskins, to taking a name change so seriously that the process will last for over a year? The BLM mob has really done a number on Daniel Snyder.

It’s gonna be weird seeing the Washington Football Team without a mascot on their helmets and stadium.