China announced plans to expand the “strength and size” of its space program in a new official policy proposal.

They say the country will use space for peaceful purposes like scientific research, but also to guarantee the country’s national security and prestige.

The plan would make China the first country to soft land a probe on the far side of the moon by 2018, and the second country to operate a Mars probe by 2020.

“To explore the vast cosmos, develop the space industry and build China into a space power is a dream we pursue unremittingly.”

If China can successfully land a probe on Mars, it will be the second nation in human history to do so. Both Russian and the European Union have repeatedly failed to operate a probe on Mars.

No country besides the U.S. has successfully operated a probe on Mars for longer than 14.5 seconds. 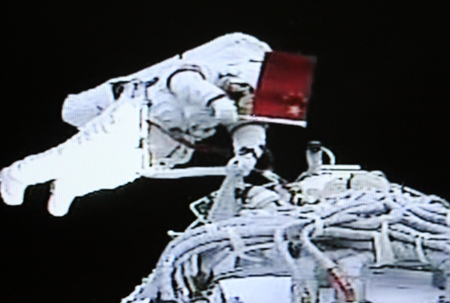 “They have a very impressive human spaceflight capability. They’ve recently completed their longest space mission to date, which was roughly a month. And they’re preparing probes to go to the moon and deeper into space.”

Jones noted that China’s space program is now comparable in size to the European Space Agency of the European Union, and only lags behind NASA.

The country’s annual space budget will be comparatively less than NASA. The U.S. space agency is spending more on programs not directly related to space exploration.

However, experts estimate the full extent of Chinese spending on space research is probably much higher than its stated budget.