Coke has just released an extremely gay friendly commercial in which a brother and sister fight over a sexy pool man.  I’d boycott Coke but I never could drink the stuff.  It tastes so foul.  I have to wonder how many people across America are as turned off by this commercial as I am but it is winning praise from the gay community.

Coca-Cola Co has launched a gay-friendly ad in a recent campaign that has won praise for diversity and inclusion.

The minute-long ad features a brother and sister vying for the attention of a handsome pool boy and fighting for the right to offer him an ice-cold Coke. 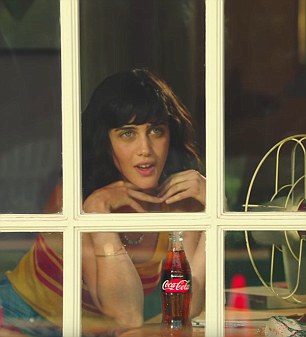 An epic and hilarious sequence then plays out that shows the pair trying to trip each other in a bid to be the first to give him something to quench his thirst, all the while the Italian song ‘Come Prima’ plays in the background.

Despite the siblings’ best efforts, by the time they reach the open-shirted worker, their mother had already given him a Coke.

The ad has no dialogue and is one of four in the company’s new global campaign.

‘It’s a human story where Coca-Cola plays a key role in the development of the drama,’ said Ali Brubaker, senior manager of global brand PR for the company.

‘We are managing culturally relevant messages organically within our spots not as the main subject of the story but as sub-text.’ 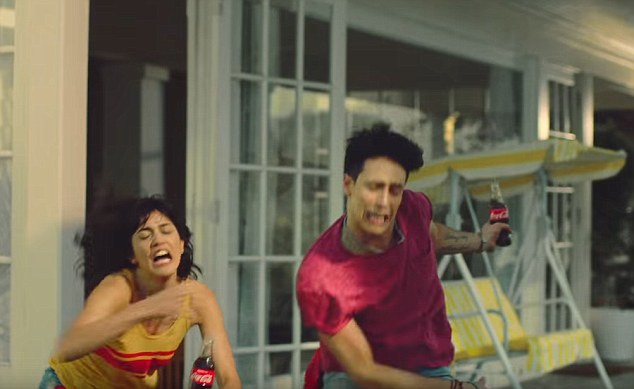 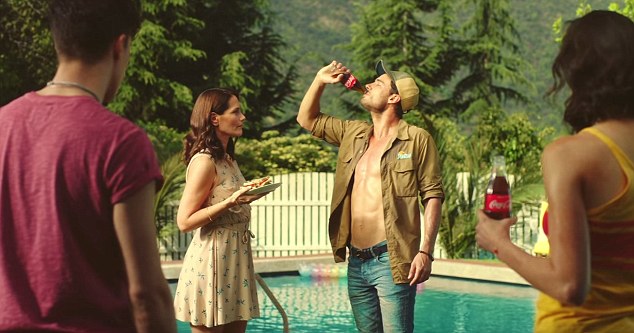