Steve Urkel doppleganger Bill De Blasio has declared that just because someone steals a million dollars is not a good reason to deport someone and break up an immigrant family.  I agree, we should deport the entire family and keep them together.

De Blasio tried to skirt the question and then made the absurd claim that withholding money from sanctuary cities made them less safe.  Allowing drunk drivers to remain on the loose is safe?  Allowing those who commit grand larceny to remain on the street is safe?

After de Blasio totally dodged the question — “we’re not going to see families torn apart over a very minor offense” — Tapper pressed him a second time.

New York City Mayor Bill de Blasio couldn’t come up with a suitable answer when CNN’s Jake Tapper asked him why the city still harbors illegal immigrants who commit drunk driving and grand larceny during Sunday’s broadcast of “State of the Union.” 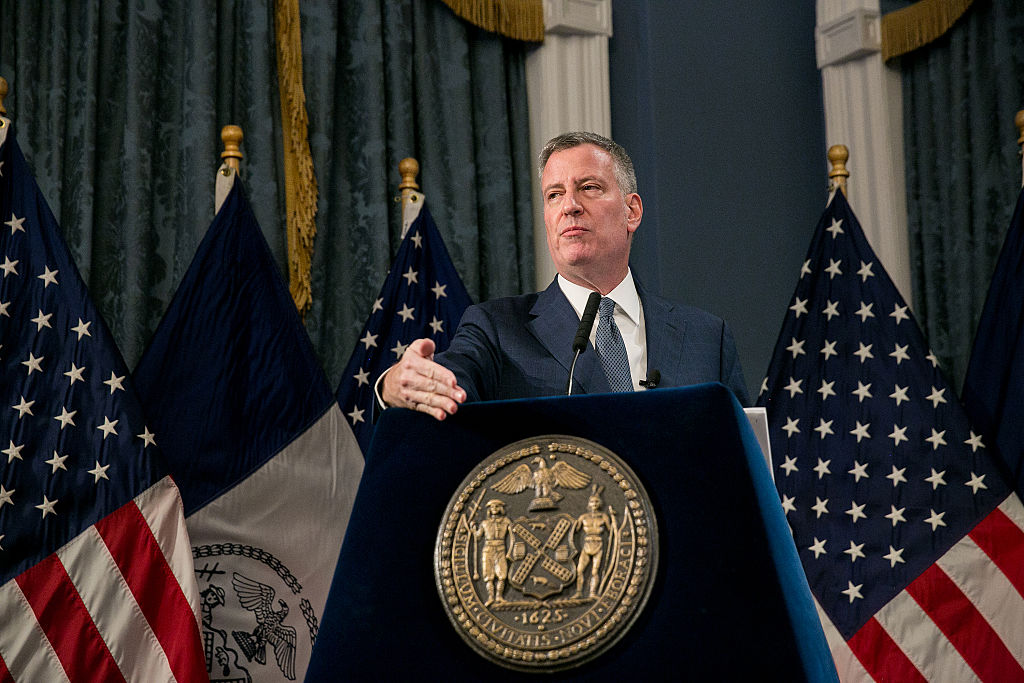 De Blasio had been explaining how President Trump’s plan to strip funding from sanctuary cities actually makes those cities less safe but dodged Tapper’s question about a 2014 law — signed by de Blasio — which allows the city to hide crimes “deemed to be lesser offenses… but include drunk driving and grand larceny.”

After de Blasio totally dodged the question — “we’re not going to see families torn apart over a very minor offense” — Tapper pressed him a second time.“But is grand larceny or drunk driving a very minor defense?”

“Drunk driving that doesn’t lead to any other negative outcome, I could define as that,” the mayor answered, but he stopped short of defending grand larceny.

“The vast majority of immigrants don’t commit any crimes, except for some small offense. That’s not a reason to tear apart families. That’s not going to do any good.”