It’s never a problem figuring out which side the democrats are on any subject.  God?  They booed him in 2012.  The American flag?  They had to be shamed into flying them.  Cop’s lives?  Chants of Black Lives matter.  This from the party that says they must defeat Donald Trump because they are fighting for the soul of the country.  That may be true but the soul they are fighting for is as black coal at midnight.  If it’s evil, they support it.  If it’s perverted, they endorse it.

Last night, at the demoncratic convention, Dallas Sheriff Lupe Valdez, took the stage and gave a stirring memorial to the five officers who were murdered in her city, then she asked for a moment of silence for all the murdered officers across the country.  That’s when the predictable happened. Shouts of Black Lives Matter could be heard from every section of the arena. 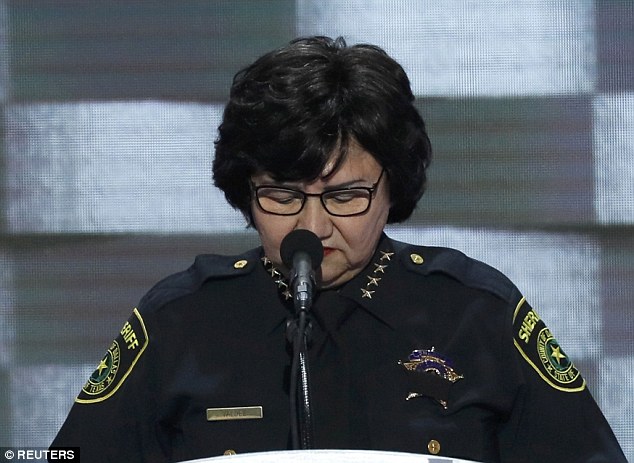 A moment of silence requested

Valdez ignored the democrats and continued her speech, introducing members of the families of the slain policemen. 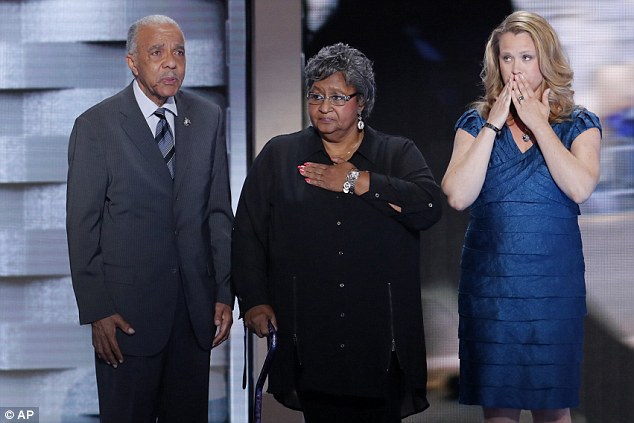 From The Daily Mail Online:

During her rousing speech, Valdez told the crowd that she was the youngest of eight children brought into a family of migrant workers.

‘When I told my father that I was going to join the police, he got angry. You see, he and my older brothers had been beaten by the police for no legitimate reason.

‘But I stuck with my decision. Years later, whenever I visited, he’d show my badge off to his friends. He saw the good I was doing in my job, and he was proud of me.

‘And I am proud of my fellow officers. When my officers report for duty, they have no idea what might come up that day. When they respond to a domestic violence call, they don’t know whether a relieved victim or an abuser with a gun will answer the door.

‘When they stop a vehicle, they have no idea whether the driver is racing to the hospital to deliver a baby or fleeing the scene of crime.

‘They don’t know whether the next 911 call will be their last. But they keep showing up. They keep answering the call.

At least one attendee at the convention last night showed some real class.