In a video broadcast over Facebook, Detroit rapper Molly Brazy looks like she is pointing a gun at a toddler.  The police have turned the video over to experts to determine beyond a reasonable doubt that she do that.  If it comes back positive, the toddler could be taken into custody for her own safety.

It begins with Brazy talking to the toddler about candy. The little girl is seen in the video playing with what looks like a large handgun, which she then hurls at the rapper.

‘Why would you do that?’ Brazy sternly asks the girl before grabbing the gun and pointing it at the toddler’s forehead.

‘You better stop playing,’ Brazy is heard telling the child.

At that moment, it appears that someone off camera begins streaming the video to Facebook Live, prompting Molly Brazy to tell that person, prophetically, ‘you better not, you’re gonna get me in trouble.’ 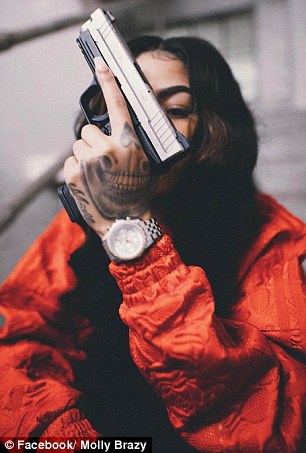 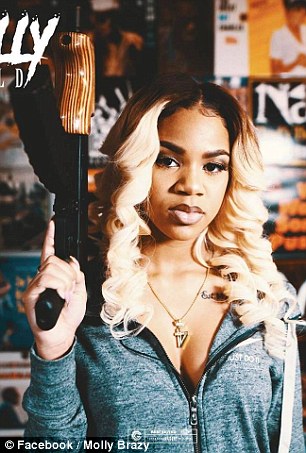 According to police, their main concern is whether or not the firearm seen in the video is real.

Brazy’s manager on Tuesday insisted to the station Fox 2 Detroit that the handgun is a plastic toy, and that the 18-year-old rapper was just playing with the little girl in the video.

The manager added that the video was shot about a month ago, and that Brazy is ‘remorseful’ over the incident.

The Daily Mail on Wednesday reached out to Molly Brazy for comment and was awaiting a reply.