A scorned wife has been filmed clinging desperately to the bonnet of a car, as her allegedly cheating husband tried to drive away with another woman.

The husband and wife were filmed mid-argument, yelling loudly at each other in front of concerned onlookers.

The man then gets in the car with his alleged mistress and drives off, but not before his wife jumps on the bonnet of the car.  Where’s Cheaters when you need them?

The wife was seen on the hood of the car on a busy road in Pretoria, South Africa with other motorists left confused by the bizarre ordeal. 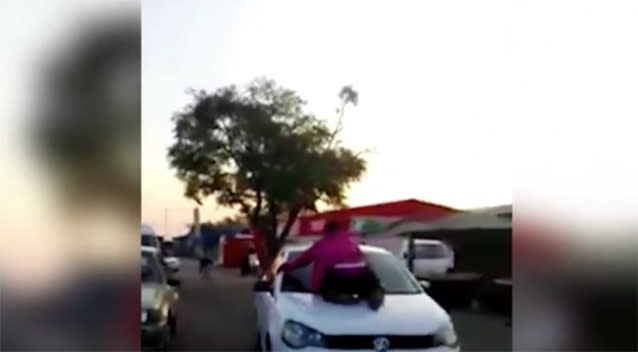 Norah Pitje, who posted the video on Facebook, claimed: “This women found her man with his ‘side chick’.”

“She somehow jumped on the car and the idiot man protecting his side chick so badly drove with her on his bonnet,” she alleged.

Odd footage shows her clinging on for dear life and trying to communicate with the driver as dozens of motorists zoom past on a busy road. 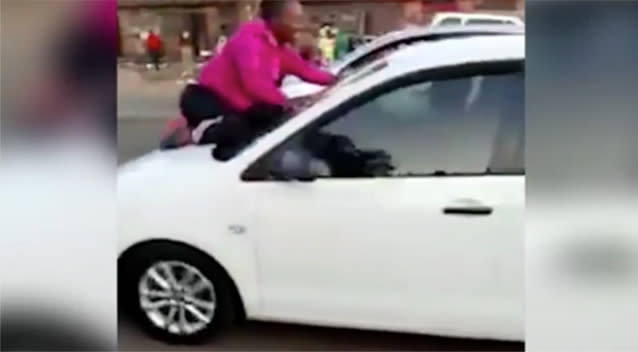 Another clip shows how the car stopped further down the road as crowds gathered to watch the dispute.

It has been suggested the woman owns the car, but that is not confirmed.  Either way, the husband should never have driven away with his wife on the hood of the car.  Too dangerous. 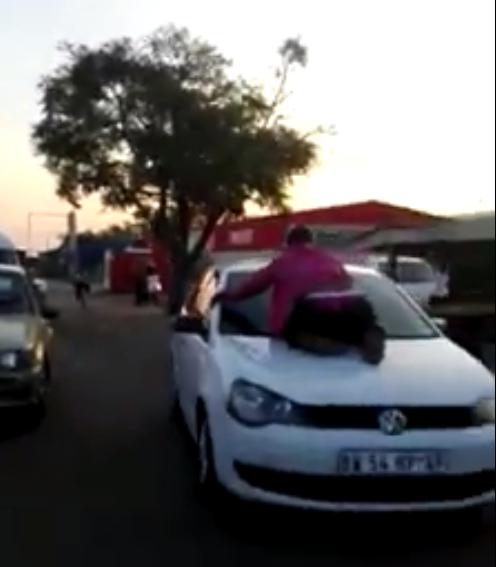 But, then again, maybe the fact that this woman clung to the hood of the car and stayed there even after he began driving is reason enough for him to drive away.  She could be one scary woman, on the car or not.

culture In The News

This Car Was Plowing Through A Mall...