A little girl by the name of Sienna was playing on a merry goo round when the old sandman caught up with her, but still she refused to give up.  She wasn’t able to lift herself up onto the merry go round but managed to keep a grip on one of the poles and the ride slid her in circles as it turned.

A young girl was caught on camera being slowly dragged in a circle by a small merry-go-round in a hilarious video which has gone viral.
At the start of the clip, text appears on screen with the message: ‘So… most children ride on the merry go round…not our Sienna!’

It then cuts to show Sienna on the ground, holding onto one of the merry-go-round’s poles as it moves about.

Sienna is seen going around in a circle several times in the video.

During much of her trip, the girl’s body appears limp.

The clip was posted to YouTube on March 22 by Nigel Broomhall.

He wrote: ‘Most children like to ride the animals on a roundabout. Not our daughter.
‘Perhaps a future role as a zombie child in the Walking Dead awaits…’

Broomhall’s social media accounts indicate he is based in Auckland, New Zealand. 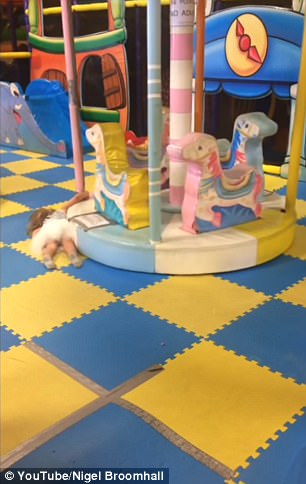 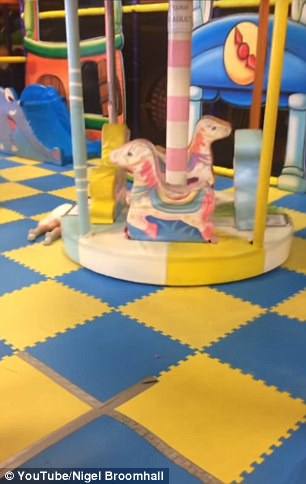