We have been hearing from liberals that a mighty revolt was in the making and that republican electors would desert Donald Trump.  So far none have but Hillary and Tim Kaine are a whole different story.  In Washington state, 4 faithless electors have refused to vote for Hillary, with three voting for Colin Powell and a fourth voting for Faith Spotted Eagle, who has been fighting the Dakota Access Pipeline in North Dakota, instead of Clinton.

In Minnesota, democratic elector Muhammad Abdurrahman, tried to rebel but was replaced by a delegate who did vote for Clinton.

The irony: Muhammad Abdurrahman, Minnesota elector refuses to cast vote for Hillary today. So his vote is invalid for alternative to cast.

In Maine, David Bright who was a Bernie delegate to the national convention refused to vote for Clinton, opting for Bernie, but then was bullied into voting Clinton.  He explained his thinking: 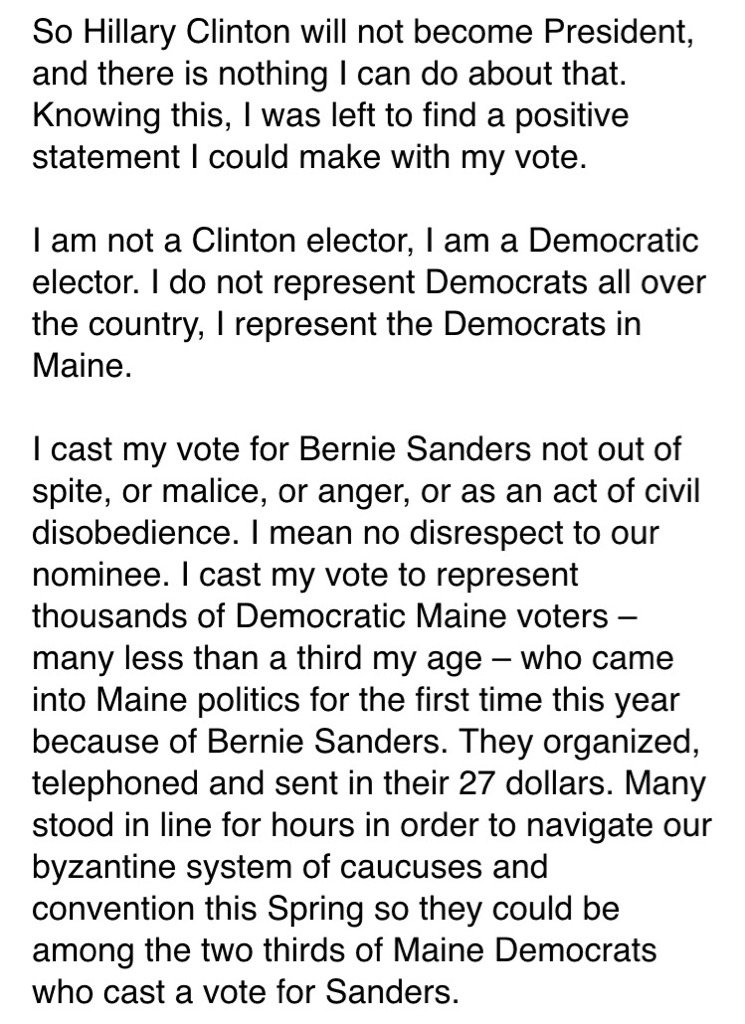