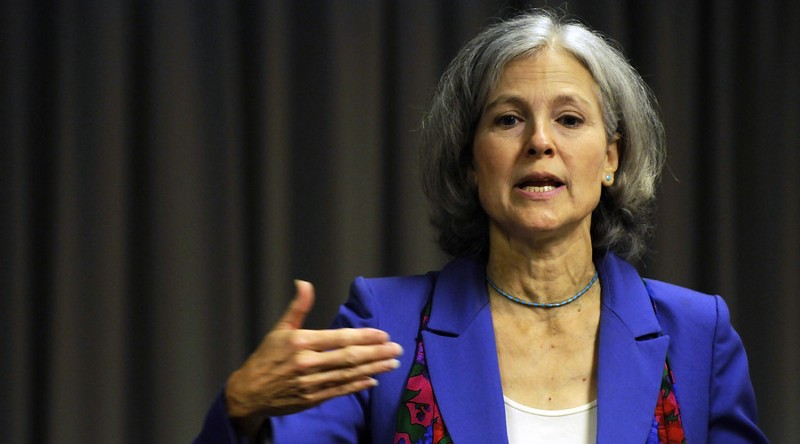 US District Court Judge Paul S. Diamond not only denied Jill Stein’s demands for a recount but he could not contain his dislike for her and her methods.  Diamond points out that Stein waited til the last possible moment, making it virtually impossible to complete a recount and even if she hadn’t she is not an aggrieved party.

Unsuccessful Green Party Candidate Jill Stein and Pennsylvania voter Randall Reitz allege that because Pennsylvania’s voting machines might have been “hacked” during last month’s election, I must order the Commonwealth to conduct a recount of the votes cast for President. There are at least six separate grounds requiring me to deny Plaintiffs’ Motion. Most importantly, there is no credible evidence that any “hack” occurred, and compelling evidence that Pennsylvania’s voting system was not in any way compromised. Moreover, Plaintiffs’ lack of standing, the likely absence of federal jurisdiction, and Plaintiffs’ unexplained, highly prejudicial delay in seeking a recount are all fatal to their claims for immediate relief. Further, Plaintiffs have not met any of the requirements for the issuance of a mandatory emergency injunction. Finally, granting the relief Plaintiffs seek would make it impossible for the Commonwealth to certify its Presidential Electors by December 13 (as required by federal law), thus inexcusably disenfranchising some six million Pennsylvania voters. For all these reasons, I am compelled to refuse Plaintiffs’ request for injunctive relief.

As for the timing:

On Monday, November 28, 2016—the last possible day under Pennsylvania law to bring a contest proceeding—Pennsylvania voters organized by Dr. Stein and represented by her counsel in the instant case filed in Commonwealth Court an election contest, alleging that they had “grave concerns about the integrity of electronic voting machines used in their districts” because of the possibility that the machines could have been hacked. (Maazel Decl. Ex. 37, Doc. No. 9-40 (Nov. 28, 2016 Petition).) The petition was without any of the five required affidavits, was some two pages in length, and did not include any allegation that hacking had actually occurred. (See id.) In light of the rapidly approaching federal safe harbor date, the Commonwealth Court set a hearing for Monday, December 5, 2016 at 10:00 a.m, and ordered the petitioners to post a $1,000,000 bond no later than December 5 at 5:00 p.m. (after the hearing). (See Intervenors’ Resp. Ex. 3, Doc. No. 38-2 (Nov. 29, 2016 Order).) The Court stated that it would modify the amount of the bond for good cause. (See id.)

The petitioners never asked the Commonwealth Court to reduce the size of the bond. Instead, on December 3, 2016, they voluntarily withdrew their action, explaining that they could not “afford to post the $1,000,000 bond required by the Court.”

Finally, Diamond pointed out that Stein and her minions failed to produce one iota of evidence that the vote was compromised, only speculation and at no time did Stein try to explain why she had standing to request a recount:

At the December 9 hearing, Intervenors argued persuasively that Plaintiffs lack standing. (See Hr’g Tr. 99:7-100:19.) Remarkably, Plaintiffs did not respond. Even though Dr. Stein was present and could have testified as to why she is an aggrieved party with standing to seek a recount, she was not called. …

Finally, Plaintiffs have not shown that the extraordinary relief they seek—a hand recount of a sample of paper ballots in optical-scan Counties and a forensic examination of six Counties’ election management systems—will redress their alleged injuries. Dr. Stein received less than 1% of the vote in Pennsylvania and does not allege that the recount and forensic examination will yield the votes necessary for her to prevail in Pennsylvania’s election. Mr. Reitz voted on a DRE machine in Montgomery County and has not explained how a forensic examination of a sample of County election management computer systems would vindicate his individual right to vote. (See Reitz Decl. ¶¶ 2, 15, Doc. No. 9-2.) There is no evidence before me even suggesting that a recount or audit of any kind would confirm whether the vote of Mr. Reitz or anyone else was counted inaccurately, or would somehow correct an inaccurately recorded vote.

In sum, because Plaintiffs have alleged speculative injuries that are not personal to them and could not be redressed by the relief they seek (or any relief I could order), they are without standing to bring their claims.

Stein will probably appeal to the 3rd Circuit of Appeals but she has no chance of winning since electoral votes will be certified tomorrow with the actual vote taking place next Monday, the 19th.

Chicago Protesters Get Rude Awakening When They... 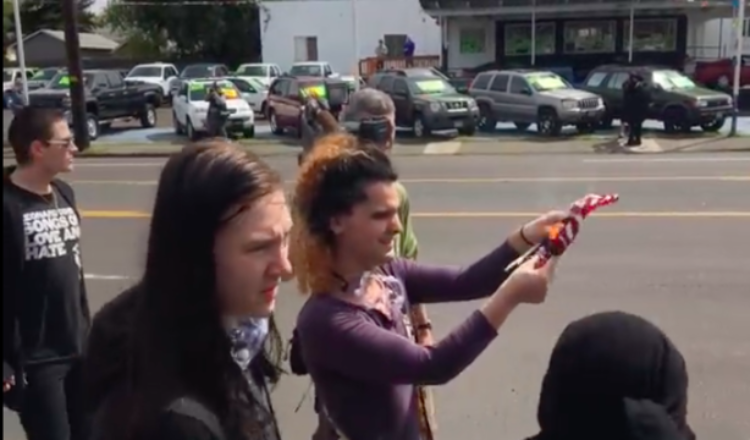 Antifa Fascist Gets a Surprise When She...