A 1,500-page court document unsealed today revealed that back in 2007, the federal government demanded that Yahoo! turn over private user data and join PRISM — and, if they did not comply, would fine the company $250,000 per day until they gave in. 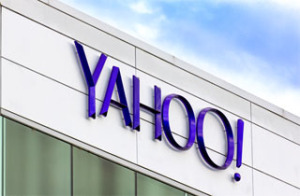 According to the documents viewed by the Washington Post, Yahoo! secretly waged a court battle against the National Security Agency from 2007 to 2008, arguing that their demands were unconstitutional. The order stipulated that they turn over metadata from American citizens outside of the US, “side-stepping of the traditional requirement that each target be subject to court review before surveillance could begin.” After they lost, the NSA used the court ruling to pressure other tech giants, such as Google, Apple, and Microsoft to hand over their data as well, and forced them to join what eventually came to be known as PRISM. (The program, which ended in 2011, was eventually revealed by Edward Snowden.)

Though they lost two court battles — and were forced, along with other tech companies, to join the controversial PRISM — it took Yahoo! years of continued legal wrangling to even make the documents public.

“We consider this an important win for transparency, and hope that these records help promote informed discussion about the relationship between privacy, due process, and intelligence gathering,” Ron Bell, Yahoo’s general counsel, said on the company’s Tumblr.