As far as I know, no state has a law against eating pancakes and I’m sure that Florida does not.  But recently police arrested a 21 year old Black Lives Matter supporter for eating pancakes, but not for the act itself.  The problem the police had with Kiaron Thomas was where he chose to enjoy his breakfast.  Owing to his BLM mindset, he set up a table on a crosswalk in the middle of the street.  He was arrested for obstructing traffic.

When they arrived at the intersection they didn’t find him, but later someone posted a video of the incident to Facebook, tagging Thomas and sharing it to the Lakeland PD.
The Neighborhood Liaison office on March 23 put together that he lived around 100 yards south of the spot.

Blocking traffic has been a common practice for the nimrods at BLM who in their warped minds think that pissing people off will make them come around to their way of thinking. 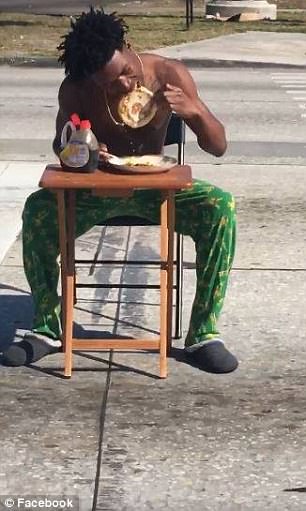 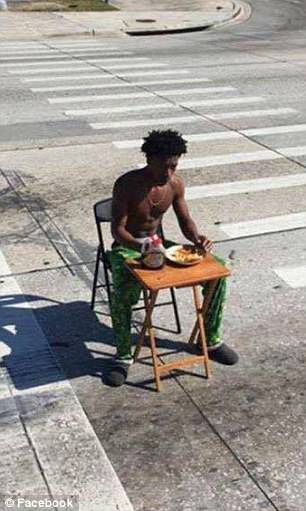