Fish and seafood are often considered healthy, and most people feel like seafood is good for you. However, today, is that really the case?

As of June 2015, the radiation in the Pacific Ocean reached the US West Coast; the seafood you’ve been eating from the Pacific ocean is loaded with Cesium-137 and Strontium-90. Both radioactive. Strontium-90 mimics calcium. Both radioactive strontium and cesium may end up getting deposited in human bones, where the radiation wreaks havoc on bone marrow, causing bone cancers and blood cancers like Leukemia.

The radiation in the fish is so terrible that wild-caught Alaskan Salmon, Pacific Herring, and Canadian whitefish are being found bloody, with cancerous tumors throughout their bodies. 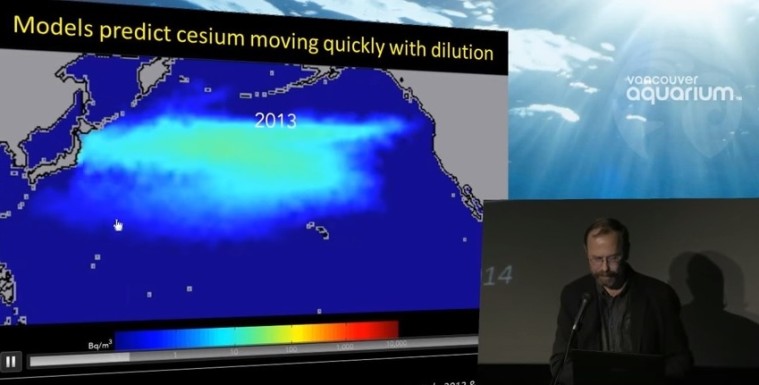 Why is this problem 0ccurring? Fukushima…and perhaps nuclear disasters we do not know about. Everyone seems to know about how the Fukushima Nuclear Power Plant was hit by a tsunami which resulted in at least three reactors melting down and four reactors exploding.

This created a problem that the Tokyo Electric Power Company (TEPCO) didn’t tell anyone about until a full YEAR after the disaster took place. Ground water, flowing from inland, was seeping beneath the blown-up reactors, coming into contact with the melted-down reactor cores, becoming highly radioactive, then flowing into the Pacific Ocean. 300 tons of this radioactive water has been seeping into the Pacific Ocean EVERY DAY since March 15, 2011. Nothing has stopped it, and the flow continues to this very day, October 31, 2015. (Superstation95)

Of course, now most marine life in the Pacific Ocean is contaminated, and many animals are dying. Fish caught and tested near the site have tested positive for radioactive particles. Also, bluefin tuna found near California have also tested positive.