An armed man stormed into a convenience store, climbing over the counter in an attempt to rob the place.  The store clerk tried to take the gun away and the thug fired a shot at him.  The clerk dove for the gun under the counter and fired off several shots.  You then see the thug running from the store.

The burglar whips out a silver handgun as the store clerk dramatically lunges towards the weapon.

In a horrifying sequence, Henry raises the pistol and fires at the clerk.

The unnamed clerk sprints for a gun stored behind the counter and returns the shots, hitting Henry three times.

Henry was somewhat of a career criminal having been implicated in at least nine other robberies.

Police say they do not intend to prosecute the clerk because he was acting in self defense.

Police found the suspect later with three gunshot wounds.  Two to the arms and one to the upper body, which proved fatal. 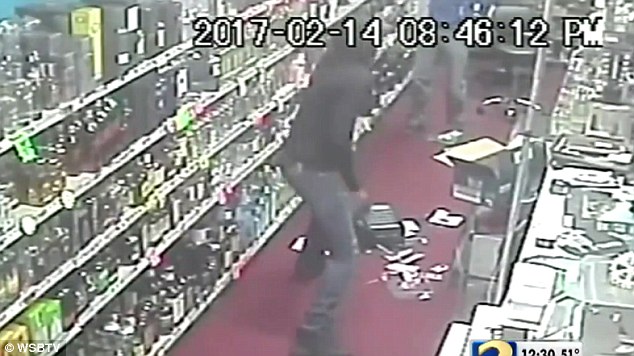