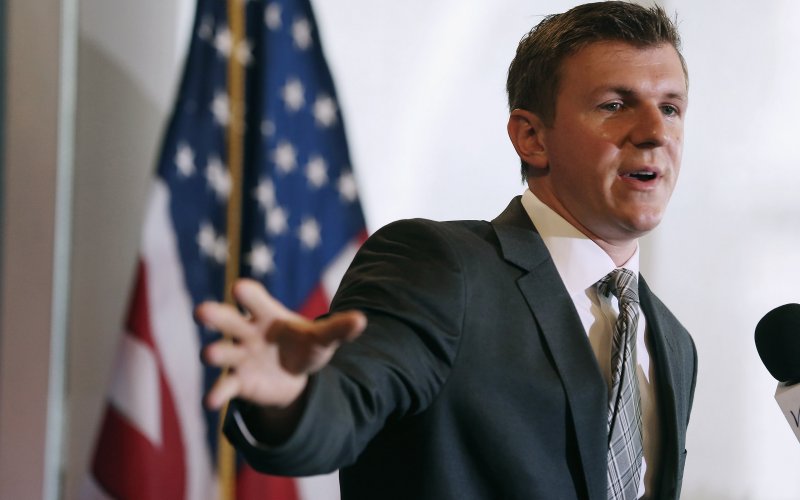 James O’Keefe is at it again.  He sent out an associate with a hidden camera and had them ask anti-gun congress people and their staffers if they are willing to post a Gun Free Zone sign on their houses and offices.  I would like to tell you that you would be surprised at the answers, but unfortunately, you will not.

In the video, O’Keefe and Project Veritas reporters go undercover as members of the made-up advocacy group, “Citizens Against Senseless Violence” and ask “Democratic staffers to show the world that they’re gun-free.”

“By putting this simple sign in their window,” O’Keefe mockingly tells the audience, “they can show everyone they practice their beliefs, wherever they go.” 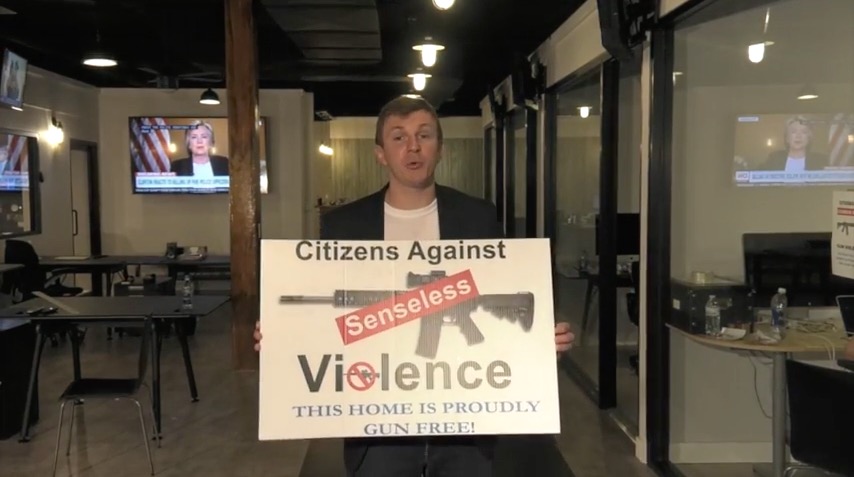 James Lewis, communications director for Democratic California Rep. Barbara Lee, admitted that he himself is “actually a gun owner.” 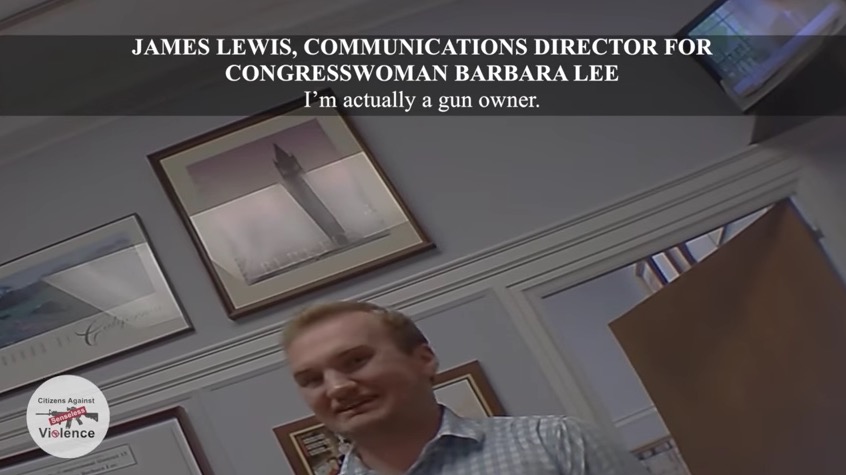 Gregory Berry, chief council to Democratic Texas Rep. Sheila Jackson Lee, felt comfortable putting the sign “out here in front of [the Washington, DC] office” but didn’t want it at his residence.

“I don’t have guns at my house,” he told a PV reporter. He “could” proudly advertise that fact, like the reporter suggested, yet he “didn’t want to.” 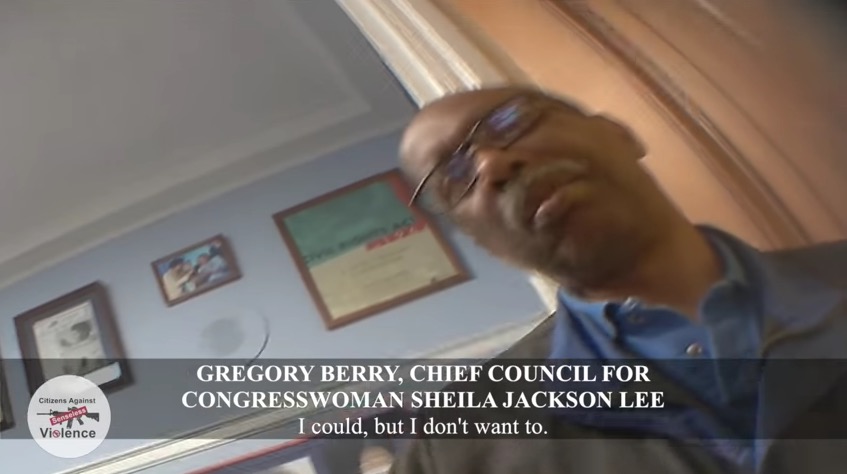 The journalists even confronted Democratic New York Rep. Charles Rangel, one of the staunchest anti-gun members in the House, outside of his home.

“This is my home, I have a guest,” he told the Project Veritas reporters. “I need a little privacy, and I’m 100 percent on board with the issue.

“Why don’t you go where people need a little bit of pushing?” he posed defensively. “I don’t need any encouragement, any support and you can put it down that you talked to me and you’re home free. But if you push it, then you make me unpleasant.”

“We just want to give you this sign to show,” the PV journalists try one last time. “Would you at least take it?” 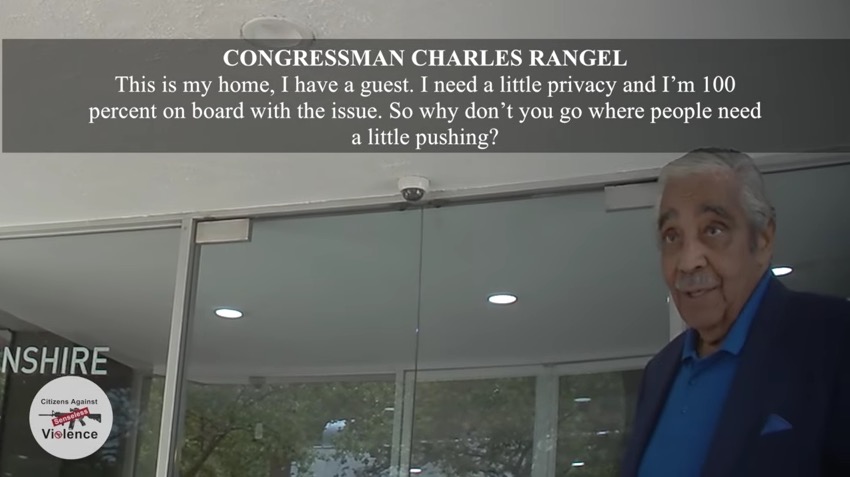 Erik Sperling, legislative assistant for Democratic Michigan Rep. John Conyers said he’s a “big gun-control advocate [but] this is a like a new angle [he] hadn’t thought of and it makes [him] almost nervous.”

“The idea that my boss would be like flagging for — because Detroit is so violent — I mean that is presumably the main reason why people would be reluctant no?” he explained. “I mean I’m a staunch — I support a European style — but at the same time, even if I lived in Europe, I don’t know if I would draw attention to my house.” 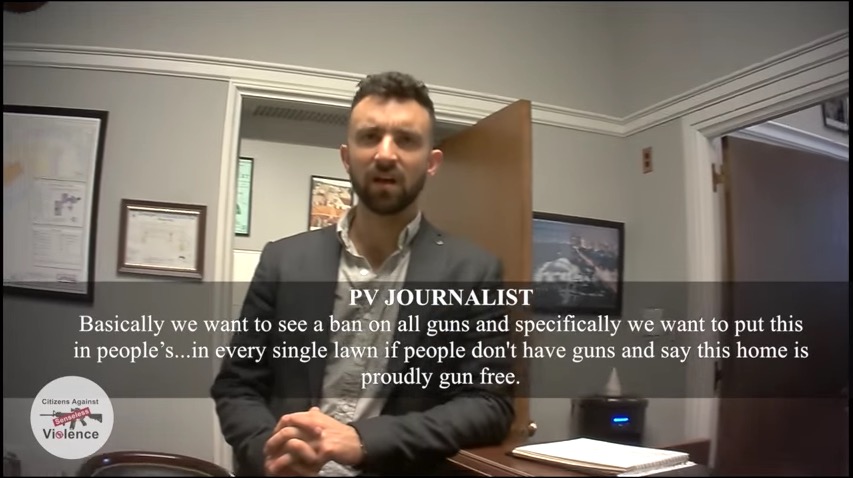 “We’re like right there on the verge of crime,” Sperling added. “You know the concern is, oh if there’s no gun, let me just kick down the door, worst thing that’s going to happen… I’m talking about criminals.”

He also clarified that Conyers’ house should “armed security, stay back” because his “boss, is such a legit guy.”
Click the following link:     https://www.youtube.com/watch?v=cnNa-vLg89c