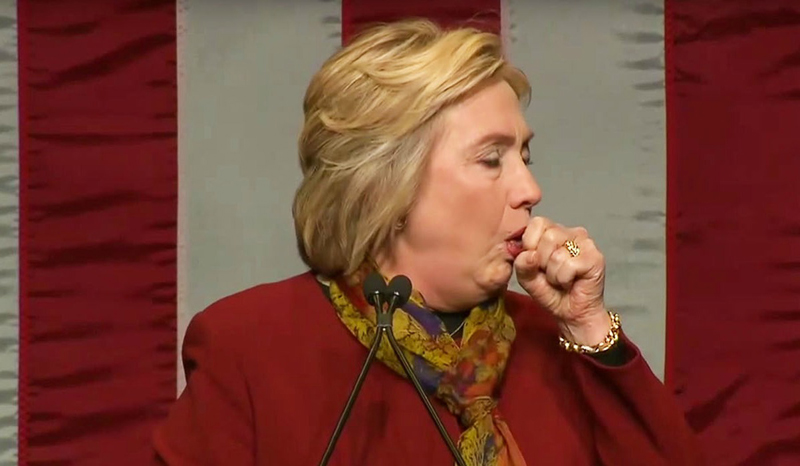 Hillary made a huge mistake in her rambling incoherent speech at the American Legion Convention on Wednesday.  On TV they have someone doing sign language so deaf viewers can understand.  Clinton should had someone without brain damage behind her to sort out the confusion of her words.  You know, someone doing sane language.  First, she said that the military in in great shape and then said that it needed to be “modernized.”  Whatever the hell that means.  It certainly doesn’t mean that the military is in great shape.

She talked about jobs and the economy and bragged what great shape it’s in and how she will not only follow the failed policies of Barack Obama, she wants to expand that failure by raising taxes and importing cheap foreign labor in much larger numbers that Obama.  I guess she didn’t get the memo that the economy is in the crapper.  Maybe it got deleted along with the ones on Benghazi.

She spoke of her role in the raid on bin Laden (She was a spectator) but somehow forgot to mention Libya and Benghazi.  Maybe her handler needs to give her another injection.  She also didn’t mention the great successes she had in Russia and Syria.

Mainly, she concentrated on the upcoming trip Trump was making to Mexico:

“It certainly takes more than trying to make up for a year of insults and insinuations by dropping in on our neighbors for a few hours and then flying home again. That is not how it works.”

How embarrassing it must have been for her to see Trump accomplish more good in part of one day than she achieved in four years.

The confused tone of the speech, however, suggests that the Clinton campaign does not know how to counter Trump’s visit. Less than a week after she called him a bigot and likened him to the Ku Klux Klan, he will be welcomed by a Mexican leader who once made the same claims but has since backed away from them. While she faces new revelations about her destroyed emails, he is playing the statesman abroad.

Clinton still has her lead in the polls, but what she lacks, dangerously, is a message.