Pictured: Curly-haired sex attacker who ‘grabbed a young woman and forced her between two parked cars in Sydney university attack’

With CCTV cameras everywhere these days it is astounding that someone would be dumb enough to sexually assault a woman in a university parking lot.

The hunt is on for an alleged sexual predator who trailed a woman into a university car park and brazenly attacked her in broad daylight.

CCTV footage was released this week showing the harrowing attack in the University of Sydney car park in 2014, and now police have issued detailed still images in the hope of finding the man.

Footage shows the man grabbing the young woman, covering her mouth with his hand and forcing her between two parked cars, where he allegedly attempted to sexually assault her. 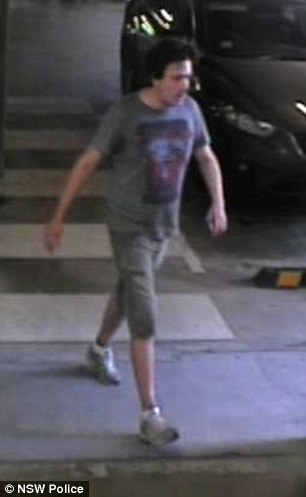 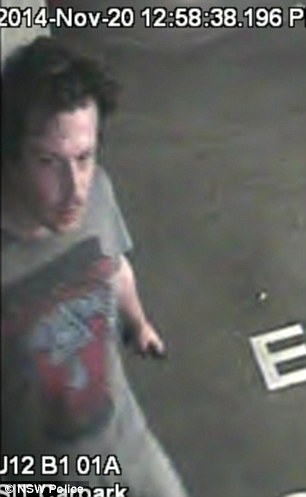 Police suspended the investigation after failing to identify the man, but now hope the footage and mages will lead to the public coming forward with information.

CCTV footage only come to light this week following a freedom of information request by 7 News.

It’s claimed the victim screamed as loud as she could and managed to wriggle her way free from her alleged attacker, using her right arm to fight him off – he can be seen fleeing as she runs for help.

But while police notes say the CCTV footage ‘provides [an] excellent shot of the [Person of Interest’s] face, suitable for identification’ it was never made public until around three years later. 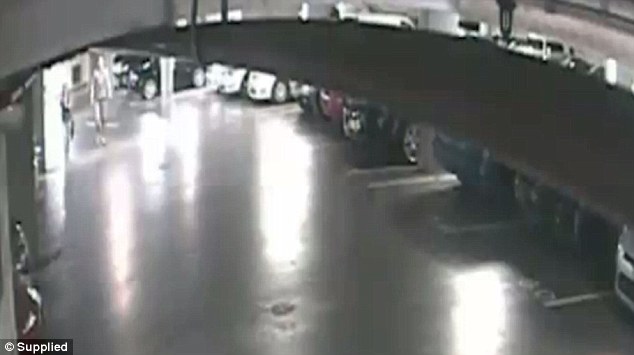 ‘This man has not been caught. He poses a direct risk to the public. One would think that the university would do everything in their power to help apprehend him,’ Channel 7’s FOI editor told News.com.au.

The alleged attacker was not able to be identified when police arrived at the scene and has never been caught.

It’s hoped someone will come forward with more information now that the video is public.

Co-Women’s Officer at the University of Sydney, Katie Thorburn, told News.com.au that she was ‘appalled’ with the university’s actions.

‘It sends the message that Sydney University cares more about their reputation than having a woman receive justice [following] a despicable act.’

More than 20 per cent of surveyed students at the University of Sydney in 2016 said they experienced a form of unacceptable behaviour, unwanted sexual harassment or assault during the time they were enrolled. 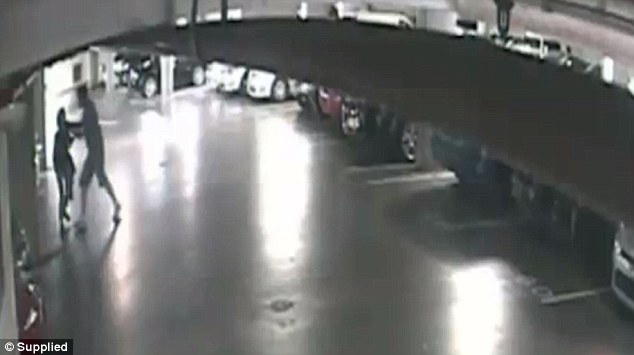 The alleged University of Sydney attack occurred in 2014 – but has the CCTV footage only come to light following an FOI by 7 News, after the university objected to the release 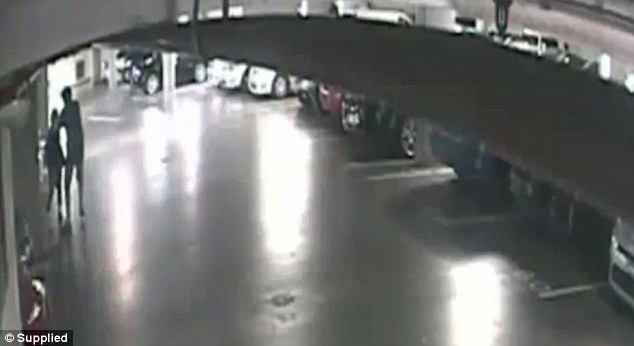 Police notes say the CCTV footage ‘provides [an] excellent shot of the [Person of Interest’s] face, suitable for identification’ 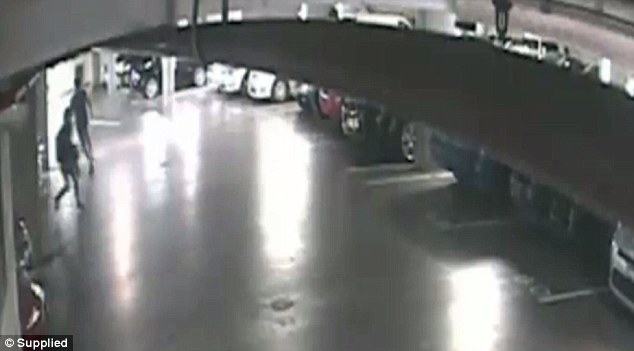 The alleged attacker can be seen running off as the victim goes to find help, he has never been found

A spokeswoman for the University of Sydney referred Daily Mail Australia to a letter it had written to New South Wales Police in August 2016 objecting to its request to see documents about sexual assaults between 2011 and 2015.

‘The documents contain personal information of a particularly sensitive nature,’ the letter from the university’s Office of General Counsel said.

The university spokeswoman said her employer had never been asked about the release of the video footage relating to sexual assaults on campus.