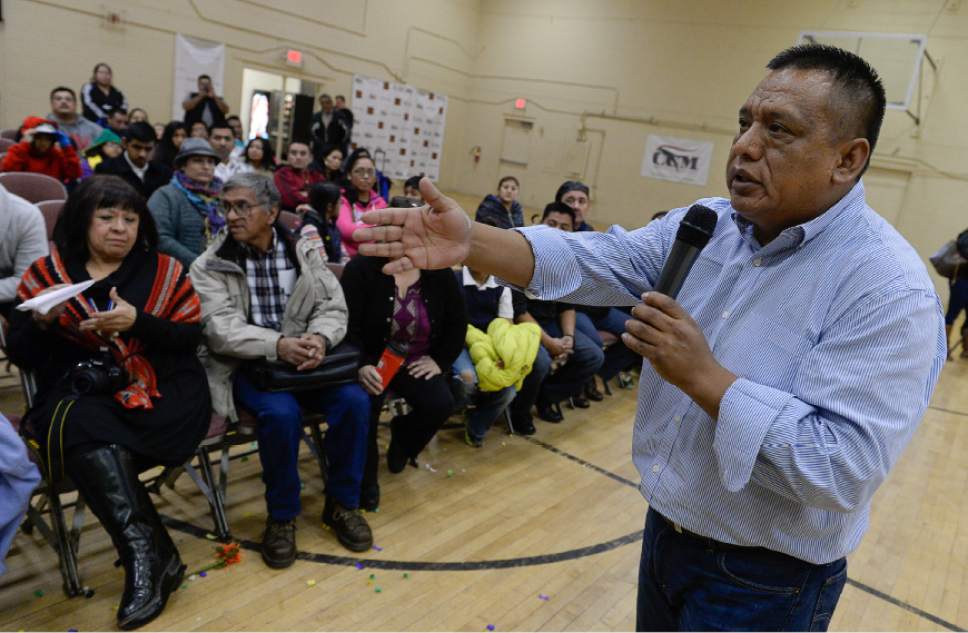 Adolfo Tony Yapias-Delgado, director of Proyecto Latino de Utah, an activist for illegal aliens who has said Mexicans aren’t rapists as Donald Trump implied, was arrested for rape.  Kind of ironic isn’t it?  back in March, ten days after a woman broke up with him Yapias-Delgado went to the woman’s house and forced himself on her.  She was fearful to report him possibly because she is illegal, but obviously she was more scared of him returning to her home for more.  The next day she filed a police report.

“The victim again made it clear she was not interested in continuing a relationship and did not want to engage in sex,” court documents state. “The defendant forced the issue and had sexual intercourse with the victim without her consent.”

After the alleged assault, court documents indicate, Yapias wanted to talk more about their relationship. That conversation took place in his car.

As the victim explained why was upset and angry, the defendant grabbed her cellphone and deleted their text message exchanges, court documents state…

“As part of those April 4 communications, the defendant further acknowledged that the victim had told him ‘no’ she did not want to have sex multiple times,” court documents state. “As part of the defendant’s asking the victim to ‘accept my apologies for what happened,’ the defendant also stated he felt she had eventually consented ‘when you took your clothes off.’”

A nurse examined the woman and her bruises lead credence to her story that she was sexually assaulted.  the nurse said the injuries matched the story the woman told.

Yapias-Delgado was arrested and must appear in court on September 27th.  His bail was set at $250,000.