Jorge Ramos of Univision Television owned by Haim Saban, one of the biggest donors to the democratic party and who gave twenty five million to the criminal enterprise known as the Clinton Foundation, made a very telling statement to his audience at the  Univision Music Awards the  Premios Lo Nuestro (“Our Awards”).

He said that the United States belongs to them (Latinos) and not to Americans:

I am an immigrant, just like many of you. I am a proud Latino immigrant here in the United States. My name is Jorge Ramos, and I work at Univision and at the Fusion network. And you know exactly what is going on here in the United States. There are many people who do not want us to be here, and who want to create a wall in order to separate us. But you know what? This is also our country. Let me repeat this: OUR country, not theirs. It is our country. And we are not going to leave. We are nearly 60 million Latinos in the United States. And thanks to US, the United States eats, grows and, as we’ve seen today, sings and dances. So when they attack us, we already know what we are going to do. We are not going to sit down. We will not shut up. And we will not leave. That is what we are going to do. 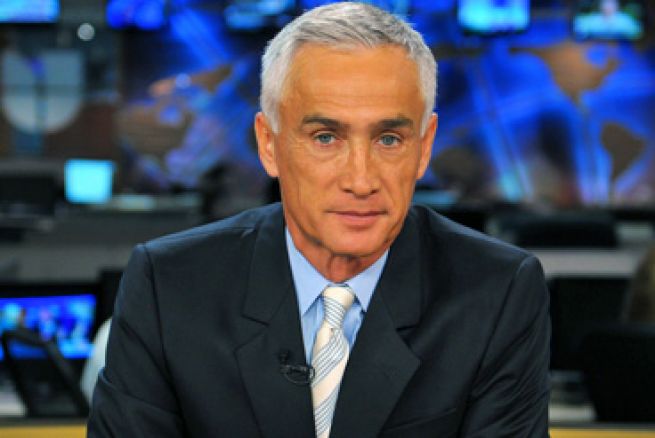 Ramos tried to mug President Trump during a campaign stop in Iowa during the 2016 campaign:

Jorge Ramos, the Univision anchor and journalist, extensively squabbled with Donald Trump twice in testy exchanges at a news conference before his rally here Tuesday, with a security officer at one point ejecting Ramos from the event.

“Go back to Univision,” Trump told Ramos early in their first back-and-forth. Ramos had attempted to engage with Trump on his positions, though he had not been called upon, standing and lobbing concerns about Trump’s plan at the candidate.

Trump spoke in Iowa as he collected a highly sought endorsement from a popular conservative activist, Sam Clovis — a reflection of Trump’s sudden political power thanks to surging poll numbers in the Hawkeye State. And the businessman is moving to hire experienced operatives in early states to replace what was at one point a green political shop.

But his fight with Ramos, an admired figure in Hispanic media, shows that Trump is still by no means an establishment figure — even as he tries to build out a more professional campaign.

“He was out of order. I would take his question in two seconds,” Trump said, adding that he wouldn’t mind if Ramos — “a very emotional person” — returned to ask a question politely.

Related Items:Jorge Ramos, Latinos own the country, not Americans, Univision