Oakland County Judge Lisa Gorcyca has been found guilty of misconduct, after she jailed three children ages 10, 11, and 14 because they refused to have lunch with their father during a bitter divorce and custody battle between their parents.  A “special master” (similar to a special prosecutor) appointed by the Michigan Judicial Tenure Commission, has found her guilty of misconduct due to many records of the court case.  The case was especially contentious between the parents, Omer Tsimhoni and his ex-wife Maya Eibschitz-Tsimhon.

After the children refused to have lunch with their father, Judge  Gorcyca found them guilty of contempt of court and she sent them to Children’s Village, a local facility for troubled youth and ordered them not to have any contact with their mother.  After a couple of days, they were sent to a camp and freed them after two weeks.

The special master, retired Judge Daniel Ryan accused the judge of speaking to the children with animosity and sarcasm. 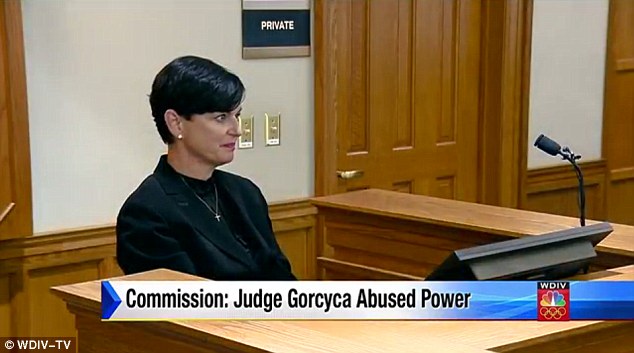 He also found that she misrepresented the facts when she told the children they would be locked up in jail cells inside the center and forced to use the bathroom in front of others, according to the Detroit Free Press.

Ryan said Gorcyca threatened that the children, who refused to meet with their father, could be held at the center until they were possibly 18.

She also told Liam she doubted his high IQ and accused him of acting like a follower of the infamous cult led by mass murderer Charles Manson as she twirled her finger around the side of her head.

More from The mail Online:

Ryan wrote in his ruling that although there’s nothing wrong with a judge using ‘stern language’ in contentious cases, he believes Gorcyca went too far.

‘If a judge is going to use the inherent power of contempt, the ultimate “tool in the toolbox” after years of “frustration”, the judge may wish to consult the owner’s manual to make sure that she or he are using the tool properly, before employing…a contempt finding to deprive any individual, or children in this case, of their liberty.’

The report now goes to the full Michigan Judicial Tenure Commission, a watchdog agency that filed the ethics complaint.

The commission will decide whether to accept the findings and will then submit them to the Michigan Supreme Court with a recommendation for discipline.

Gorcyca denies any misconduct, and about 200 Detroit-area lawyers have signed a letter supporting her.

Personally, I would like to see her also charged with child abuse.