Three male cheerleaders and a female have been dismissed from the Kansas University cheer leading squad after the incident was investigated after the four were suspended.  Lily Gagin was the photographer and inspiration behind the photo and she had claimed that someone had picked up her phone and shared the offensive picture.

Gagin and the three male cheerleaders, who were all suspended, are now no longer with the KU program, the Kansas City Star reports.

Three of the cheerleaders, including Gagin, gave up their positions on the team, according to KU associate athletic director Jim Marchiony.

The other male cheerleader graduated this semester.

University officials initially learned of the post on social media during the men’s basketball team’s 83-63 victory over UAB on November 21.

Gagin quickly defended herself on social media, claiming she did not post the picture.

She argued that someone took her phone at a party and posted the picture on Snapchat. 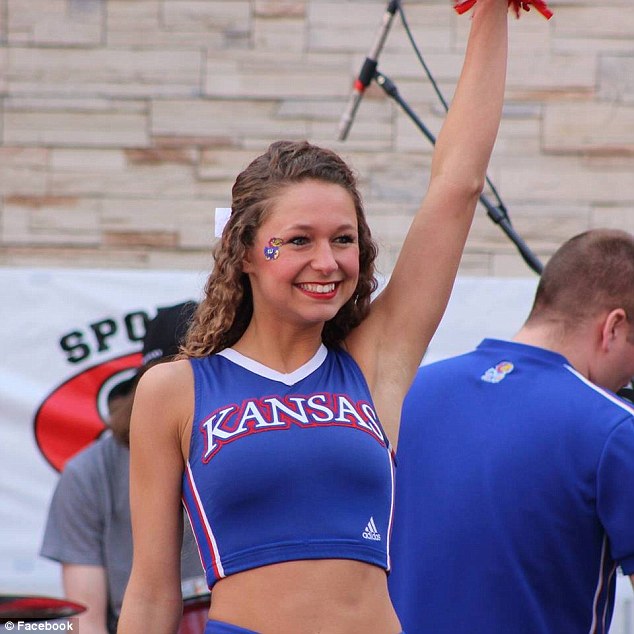 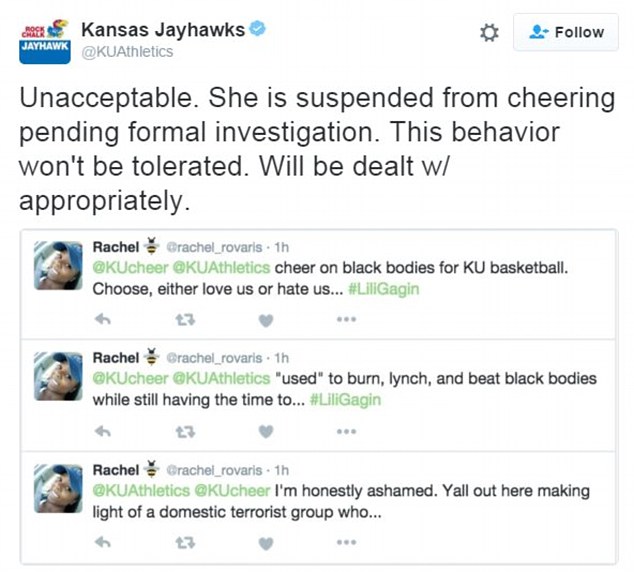 The school issued a tweet describing the incident as ‘unacceptable’.

‘This behavior won’t be tolerated. Will be dealt w/ appropriately,’ the tweet read.