Super Bowl ads are expensive and they can be hit or miss.  Regardless of the outcome, companies shell out millions to run the ads.  This year, Kraft Heinz has decided to spend their money differently by giving it’s employees the day after the Super Bowl off with pay.  They hope their gesture of good will create as much buzz as their ads did.  They have even started a Change.org petition to make the day after the Super Bowl a national holiday.

Kraft Heinz plans to give their salaried employees the day after the Super Bowl off, in a stunt they hope will drum up enough publicity to substitute a pricey game ad.

The Chicago-based company announced their plans to forgo buying Super Bowl ad time on Wednesday, in favor of giving their employees a little R&R after the game-night festivities.

‘The Heinz brand doesn’t settle on delivering superior taste or quality, and we don’t believe America should have to settle on the day after the best sports day of the year,’  Nicole Kulwicki, head of Heinz brands, said in a press release. 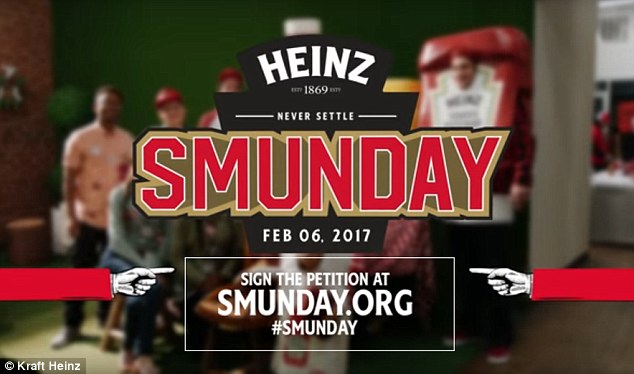