A driver got out of his car to smash the window and then pepper spray a fellow motorist in a shocking incident of road rage that was caught on camera.

The attack, which happened last month near Daytona Beach, Florida, lasted for less than 45 seconds but could easily have been much worse.

Although the footage does not show what happened to provoke the driver in a convertible BMW to get out of his car and approach the the pickup truck, the man who shot the video on his cellphone explains what happened.

After punching the window once with his bare fist, he then puts his hand straight through the glass on his second attempt and pepper sprays the man directly in the face.

The pickup truck driver, who is completely stunned by what is happening, attempted to shove the man out the way with his door but ends up being pushed back inside.

No sooner does the man attempt to to fight back, he is pepper sprayed once again forcing the man to walk away and cover his face.

The BMW driver quickly heads back into his car while the pickup owner opens up the trunk of his car and pulls out a metal pole.

But he is far too slow to react and by the time he hops back over to the other car to exact some form of revenge, the BMW is already speeding away. 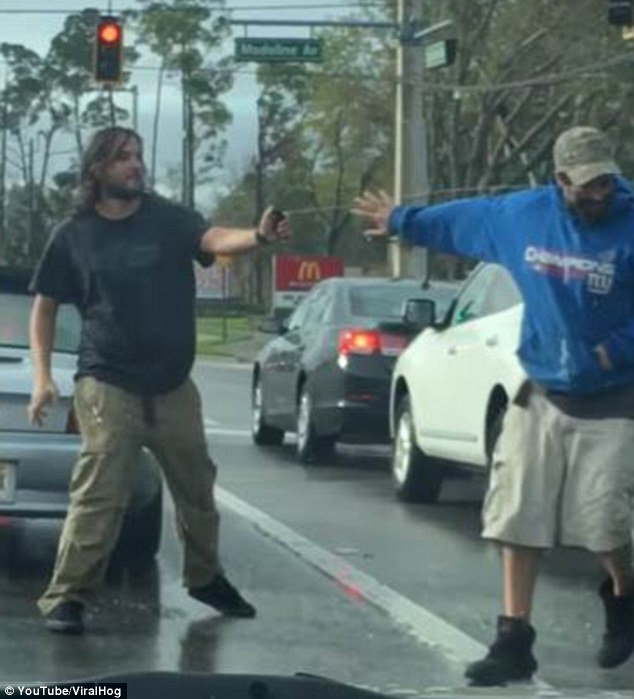 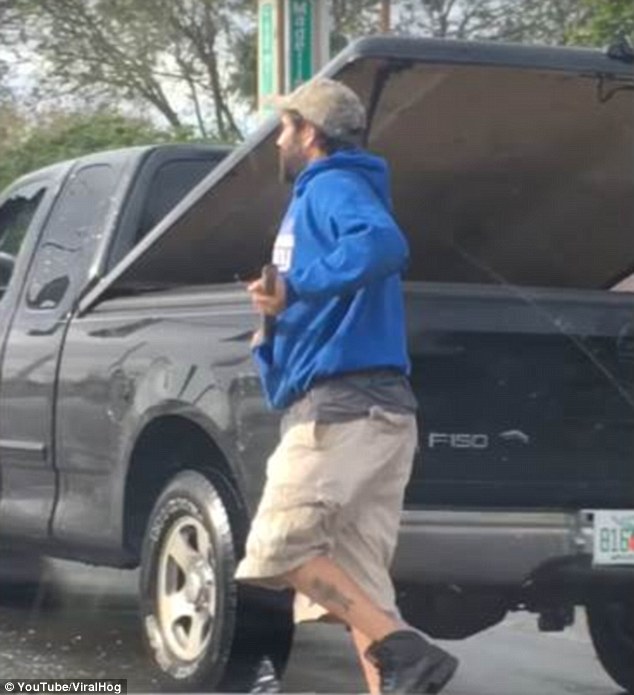